Hülkenberg aims to “turn things around” in Mexico 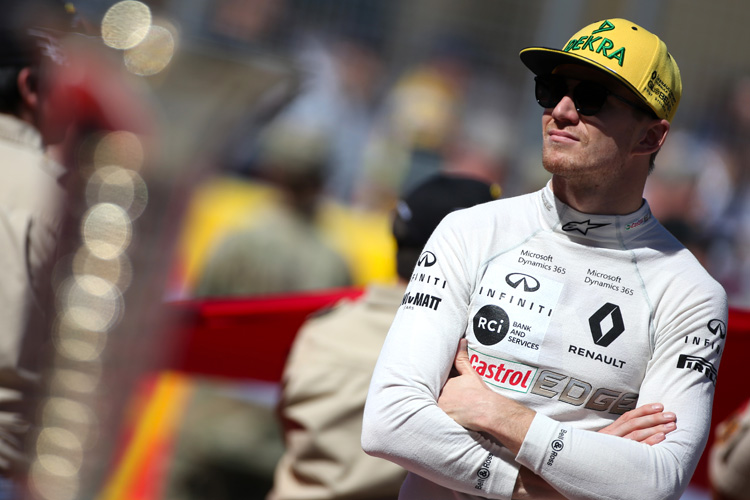 Renault Sport Formula One Team driver Nico Hülkenberg has set his sights on an improved weekend in Mexico, seeking to put a disappointing United States Grand Prix behind him.

Starting 18th at the Circuit of the Americas having received a penalty for exceeding his allowance of usable power unit components, Hülkenberg’s race in Austin lasted just three-and-a-half laps before succumbing to an oil pressure failure.

With the increased challenge from new team-mate Carlos Sainz Jr., who replaced the outgoing Jolyon Palmer in Texas, Hülkenberg is aiming for a better run at the Mexican Grand Prix.

“[Austin was] obviously a hugely disappointing weekend in the end,” said Hülkenberg, “and we were on the back foot from the start with the grid penalty.

“I actually made a decent start in the race, keeping it clean into turn one and moved up a couple of places.

“But we lost oil pressure on lap four and that forced us to retire. I will be aiming to turn things around this week in Mexico.”

Looking ahead to Sunday’s race, Hülkenberg was wary of the challenge offered by the Autodromo Hermanos Rodriguez, drawing attention to the unique stadium section in particular as a “really cool” inclusion to the circuit.

“The track itself is challenging. We are at high altitude, so we lose a lot of downforce because of the air density; it makes the car light and easy to slide.

“It has a lot of tricky corner combinations which look simple but are extremely technical. It’s certainly not an easy lap.

“The standout is the final two corners and driving through the stadium. That’s really cool, it’s always loud and a real goosebumps moment!”

By Paolo Iantosca
3 Mins read
The Checkered Flag looks back at the 2020 Formula 1 season of the McLaren F1 Team.