2017 Porsche Carrera Cup Asia: Down to the wire finale 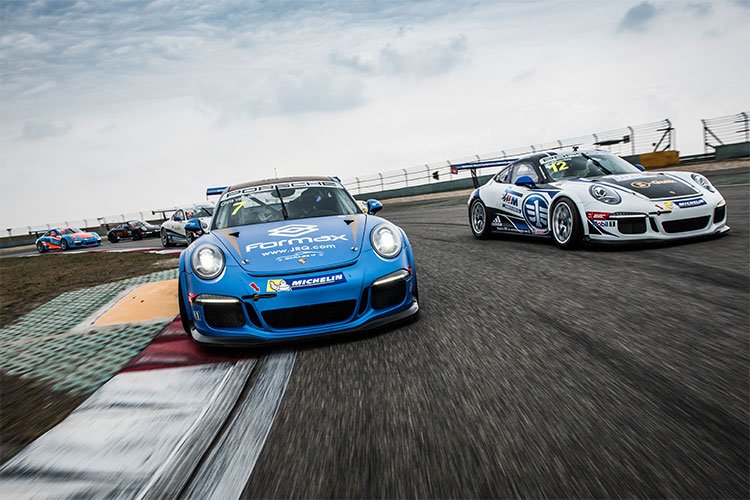 While some of our regular readers will know him as the voice of the FIA World Rallycross Championship, Andrew Coley can be found in a lot of other places around the globe throughout the year, we caught up with him recently to get his thoughts on a series he knows very well, the Porsche Carrera Cup Asia series, which heads in to the last race weekend of the season with the championship battle still wide open.

TCF: It’s a tight battle at the top of the standings with three potential championship winners possible, who do you think will have the advantage in the final weekend and claim the title?

AC: I think it’s far too tight to call and it’ll come down to tiny factors across the weekend. Martin Ragginger and Chris Van Der Drift are the favourites, but Will Bamber still has an outside chance, and the big problem they have is there are several other drivers who could stick it on pole on a good day. They need to get their heads down and secure a front row start, preferably for both races, to try to avoid any trouble in turn one. Then we can see a straight race for the title! It’s worth noting bonus points for pole and fastest laps, and also that the Pro-Am class is also extremely tight between Evan Chen and Yuey Tan…just three points in it.

TCF: Who has impressed you over the course of the season?

AC: Will Bamber – It’s his first shot at a proper full season with PCCA and he’s taken wins against series regulars on a variety of tracks, including a double win in Thailand at Bangsaen’s tricky street circuit. It’s hard when you get a crack at a full season and you know you need to impress straight away; I think he’s kept a cool head and got the job done very well. One DNF has hurt him, but he’s still in with a shot. 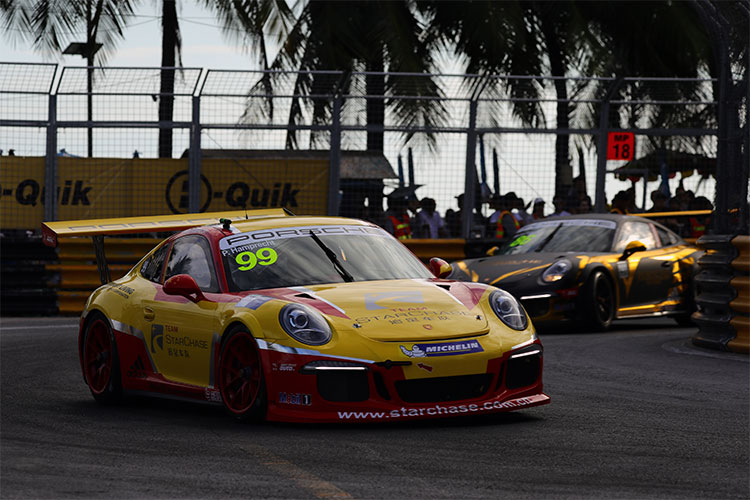 TCF: Who is the most improved driver on the grid this year?

AC: I think probably Philip Hamprecht. He’s come from a single-seater background and got quicker as the season has gone on; he took a win but only after some stewards interventions in front of him, and I know he doesn’t count it as a ‘proper’ win. I’m sure that’ll come soon.

TCF: What has been your highlight of the season?

AC: The last race, alongside Formula 1 at Sepang was mega, some serious racing between the championship protagonists. I’d really like it to go right to the wire, the racing will be immense in Round 13 if there’s just a couple of points in it, and that makes my job really good fun. Except for live TV maths on championship points…I hate that part!!

TCF: Who has the potential to be a future champion?

AC: Porsche China has a really good programme designed to bring drivers through the ranks, either with training, or with actual support as one of Porsche China’s Junior Drivers. Every driver they’ve sent to the international shootout has performed brilliantly, so I think it’s working well as a series at progressing talent. Naming a future champion is hard; Of the top three as we head into the final round only Chris Van Der Drift has won the title before, so if Ragginger or Will Bamber wins it there’s your future champion!

TCF: How does the series compare to other Carrera Cup championships?

AC: It’s incredibly strong. China is Porsche’s biggest global market, they sold the millionth 911 there recently, so it’s fair to say the series has a good budget of course, and the presentation and hospitality is second to none. It runs alongside F1 at several rounds, visits incredible countries…this year China, Japan, Thailand, Malaysia and Singapore…and we even went to Australia last year! So a good variety of vastly different culture and tracks…compare Shanghai’s F1 circuit to Bangsaen and you’ll see what I mean.

AC continued: Every year they fill the grid and with a good depth of quality; out front you’ve got professional drivers racing for dealership teams who REALLY want to win, and then there’s a second race in the Pro-Am category with drivers learning the trade and gentleman drivers having a blast at some incredible venues. In my opinion it’s second only to Supercup, and I think career drivers are starting to see it that way too. Earl Bamber won PCCA twice… he’s done pretty well since then!