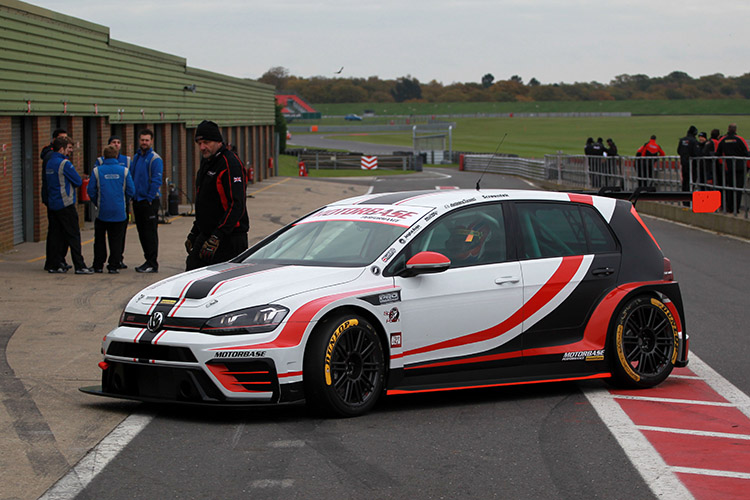 Luke Davenport has returned to motor sport for the first time since June as part of a Volkswagen Golf GTI TCR test at Snetterton with Motorbase Performance.

The 24-year-old was seriously injured and placed in an induced coma after a major crash during the British Touring Car Championship round at Croft Circuit in June.

Davenport was very happy to finally be back behind the wheel and said that it didn’t take long to get back in the rhythm.

“It’s great for my head to get back out in the car again,” said Davenport. “I was definitely erring on the side of caution.

“After a cautious warming up of the tyres it was like putting an old pair of boots on, I haven’t forgotten my technique and it was just like getting back into a normal test session again.

“The plan is to focus on getting back out fully next year. Today has been brilliant, not just mentally but also for my physio and we have a few target areas to work on to make sure that I’m absolutely fit for next season.”

He thanked Team Principal David Bartrum for the chance, who also very happy to see Davenport back in action again.

“It’s a great feeling to see Luke back out in one of our cars,” said Bartrum. “After the crash earlier this year, it really is a happy ending to the season. It was quite emotional watching him go up the pit lane for the first time today.”

His team-mate in BTCC Martin Depper also had the chance to test the Golf GTI, with the team evaluating their options for next year, including running in the inaugural TCR UK championship.