“We maximised the result” – Max Verstappen 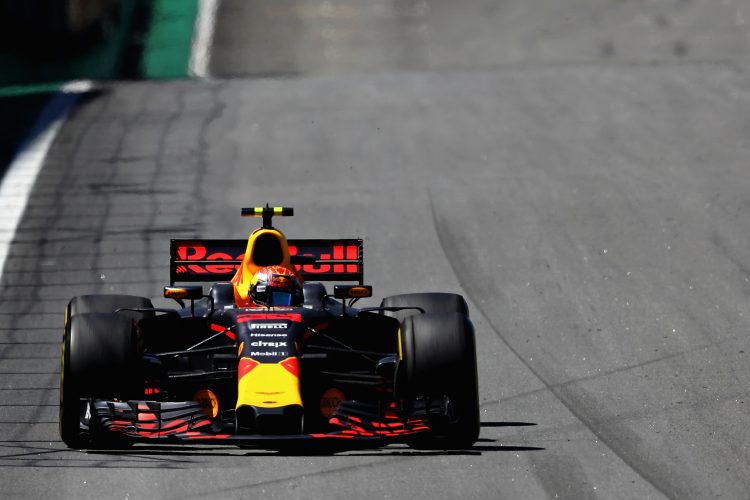 Red Bull Racing‘s Max Verstappen says that he and his team “maximised” their potential result at the Brazilian Grand Prix, but admitted he had hoped for more.

The Dutchman – who won in Mexico two weeks ago – said that the Autódromo José Carlos Pace does not suit the Red Bull package.

“In general this is not a track that suits our car,” he mused, before adding.

“Together with the power deficit on the straights it is very hard for us.”

“You then try and catch up on the corners, but you ask too much of the tyres and get more drop-off.”

Verstappen complained about the wear on his set of soft compound tyres over the radio, expressing that they felt “like rocks” before Hamilton had passed him for fourth position.

The stop with 1o laps to go did ensure that the 20-year-old could set the fastest lap of the race, but he said that the decision came about due to his firm grasp on fifth.

“Of course I hoped for more in the race but it was a difficult situation, but I think we maximised the result and that was fifth.”

“I didn’t want to drive the last ten or 15 laps with difficult tyres and at the end of the day I wasn’t going to lose a position, so we decided to make a second pit stop. “

“From there on the race was gone but I pushed for the fastest lap, I didn’t get it in Mexico, so I’m really pleased to take it here.”

Team Principal Christian Horner noted that Red Bull’s lack of speed meant that the Dutchman had to overdrive the car – mixed with the hot track temperatures in Sāo Paulo, he wore away his tyres quicker than expected.

“We were having to push very hard to try and keep up with the leading pack.” Horner said.

“That in turn took its toll on the tyres, then you become a little bit limited in your stint length and after Max got caught and passed by Hamilton we made a precautionary stop to get him to the finish.”

With Scuderia Ferrari‘s Kimi Räikkönen taking third place behind victor Sebastian Vettel and pole-sitter Valtteri Bottas, the result means that Verstappen will sixth no matter what happens at the Abu Dhabi Grand Prix.

By Paul Hensby
2 Mins read
Yuki Tsunoda has all the tools and advice at his disposal but it will be up to him to prove that be belongs in Formula 1 beyond this year, according to AlphaTauri’s Franz Tost.
Formula 1

By Paul Hensby
1 Mins read
Rinus Veekay would only consider a switch to Formula 1 should an opportunity to partner or battle Max Verstappen becomes available.