Bushell: Returning to the BTCC a “surprise” 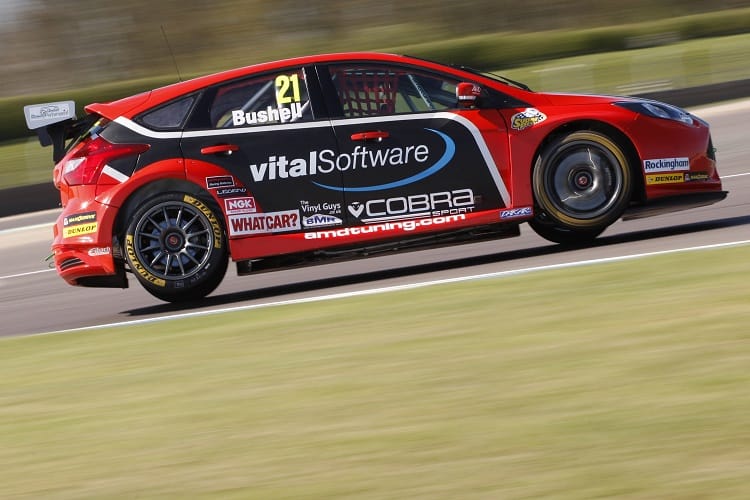 Returning to the British Touring Car Championship was a surprise to Team HARD’s Mike Bushell.

The two-time Clio Cup champion had expected to spend 2018 focusing on his family, but was offered a driver with Team HARD after a TCR test at the end of last year.

He’ll be teaming up with Jake Hill under the Brisky Racing banner for his second season in the BTCC.

“I’m surprised to be back in,” he told The Checkered Flag. “I didn’t fully expect it.

“At the end of the Clio weekend, I kind of thought that would be my lot. I’d be happy with that: a two-time Clio champion. Not a lot of people have done that.

“I’ve got a little girl on the way so that’s going to be my goals for 2018, but I had a drive in the TCR car. A few people were watching and were impressed with the speed and that.

“[The deal with Team HARD] came about in about three days. I signed up, ready to have another stab at it.”

Bushell last raced in the BTCC in 2015, running with AmD Tuning. He finished 23rd in the championship and funding problems, made worse by a heavy crash at Thruxton, meant he stepped back to Clio Cup the following year.

He admitted he had been underprepared for 2015, and has spent the past two years building relationships to help support his second chance in the BTCC.

“The issue I had in the past, coming to touring cars having won the championship, was a little bit of naivete,” he explained.

“I was just thinking ‘yeah, you go into it, you get sponsors’. But it’s not. In top level motorsport, not just the BTCC, it’s a business to make a career of it.

“Over the last two years, alongside the success we’ve had in Clios, it’s all about working and actually building up relationships to make it happen again, and it’s all come about perfectly.”

With a best overall result of 10th in his short BTCC career so far, Bushell is eligible for the Jack Sears trophy this season. He said fighting for the trophy will be great, but his ultimate goal is the Independent Teams’ title.

“It’s nice to have a second stab at the Jack Sears because of the rule change, but there are a lot of drivers that will be eligible for it so it’s going to be a tough championship,” he said.

“I think one of my ultimate goals is to fight for the Independents’ championship with Jake as part of the Brisky Racing outfit. That would be a great way to start a hopefully long career in touring cars.”