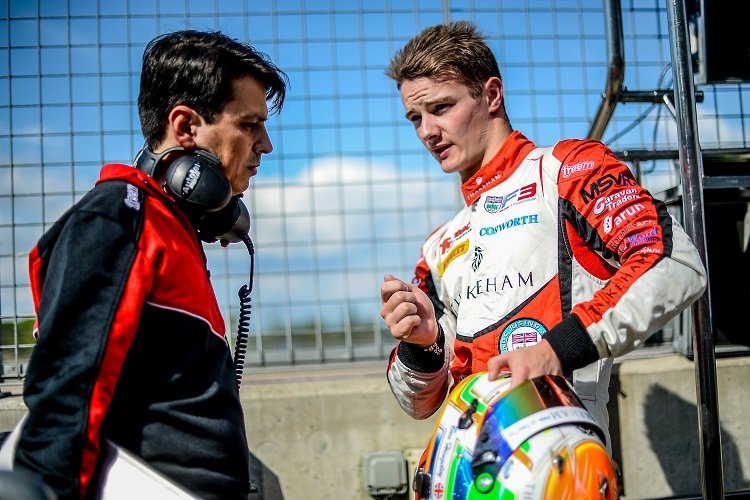 Ben Hingeley, one of the rising stars of British motorsport, will step up into the FIA European Formula 3 Championship in 2018 after signing with the Silverstone-based Hitech Grand Prix outfit.

The twenty-year-old is the third driver to be confirmed to race for Hitech Grand Prix in 2018 alongside Enaam Ahmed and Alex Palou, with Hingeley making the move into European Formula 3 on the back of finishing third in the 2017 BRDC British Formula 3 championship.

He also made appearances in the EuroFormula Open championship at the back end of last season, but is excited to take on the challenge this year with such a ‘professional’ team as Hitech.

“I’m really excited to racing with Hitech GP this year in FIA F3,” said Hingeley. “Hitech are an exceptionally professional team in the way they work and operate and I’m really delighted to be working with them this year!

“This year wouldn’t be possible without the continued support from Thakeham Homes who I’m extremely grateful too for giving me this opportunity and to the rest of my team for working so hard over the last couple months to get me into this position!”

Team Principal Oliver Oakes says Hingeley impressed them for the way he competed against Ahmed in BRDC British Formula 3 in 2017, as well as in tests in both Formula 3 and GP3 Series machinery, and they are confident he can have a strong rookie season in 2018.

“We are really happy to welcome Ben to the Team, he was a worthy adversary with Enaam in British F3 this year,” said Oakes.

“His recent GP3 tests in Abu Dhabi and the recent tests with us in F3 were very impressive and made us confident in him making the step up to FIA F3 for 2018.”