A Battle Between Wehrlein and Me Would be Cool – Lucas Auer 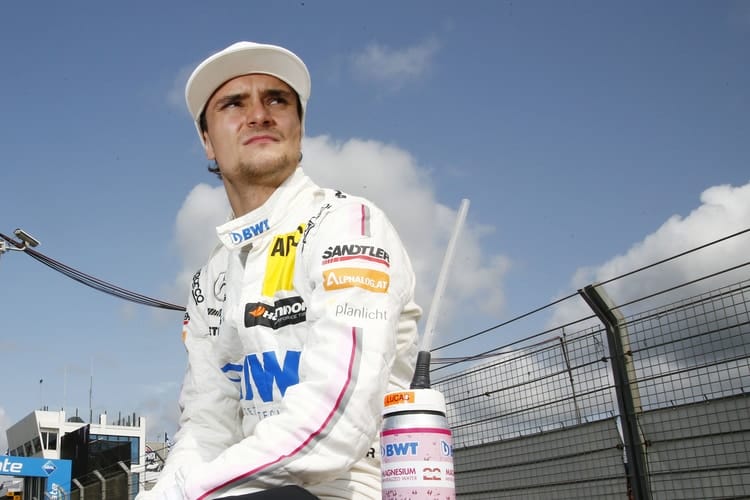 The dawn of another DTM Series is on the horizon with Lucas Auer looking forward to what the season will bring.

His Mercedes team have confirmed the Austrian will be joined by Gary Paffett, Paul di Resta, Edoardo Mortara, Dani Juncadella and Pascal Wehrlein.

Juncadella and Wehrlein are bothing making their returns to the series. The Spaniard last raced under the number 12 but will have the number 23. Wehrlein will retain the 94 he raced under in his first stint in the DTM which saw him crowned the series’ youngest champion in 2015.

Wehrlein also used number in his two years in Formula One.

“I’m very happy with the new race calendar. The standout events for me are obviously the classic at the Norisring and the new fixture at Misano. I like Italy a lot, and that’s why I’m especially looking forward to the atmosphere there, especially as it’s a night race*. We also have one race weekend more this year than in previous seasons, which means 20 races instead of 18. If it was up to me, they could increase that to 50. As a racing driver, I have no objection to driving more races.From my perspective, the more the merrier.”

The biggest talking points for the DTM in recent weeks have been the return of Wehrlein and the announcement of Mattias Ekström’s retirement from the series.

Ekström had been part of Audi‘s line up since 2001, racing for the ABT Sportsline team the entire time. The 39-year-old had also been competing in the FIA World RallyCross Championship since 2014 and felt it was time to prioritise one, choosing to race full time for his EKS RX team.

Although one champion is departing another is returning with the grid still looking as competitive as ever.

“With the departure of Eki, a legend has left the DTM stage. He is a good friend and was an absolutely strong personality in the series. Pascal is a former DTM champion who has spent the last two years in Formula 1. With his return, the DTM is gaining another great personality. In any case, it’s going to be interesting.”

With it being Mercedes’ last year in the DTM, the drivers will be hoping that they can prove themselves worthy of a seat elsewhere for 2019. Auer is currently the Sahara Force India reserve driver and would be hoping for a shot in F1.

However, with the drivers being friends the competition could get in the way.

“It’s very, very dangerous. Joking aside, though, when I first arrived in the DTM, I was not a serious competitor to Pascal. As a rookie, I still had a lot to learn, and he was entering his third year in the DTM. So it’s going to be an interesting contest between us this season. But first we have to see who are the biggest threats to us in the other teams. However, if it develops into a pitched battle between the two of us, that will definitely be exciting and really cool.”

The DTM Series gets back underway at the Hockheimring 4-6 May.

*It has not been officially confirmed it will be a night race.