Habsburg Back with Carlin for Sophomore Euro F3 Campaign 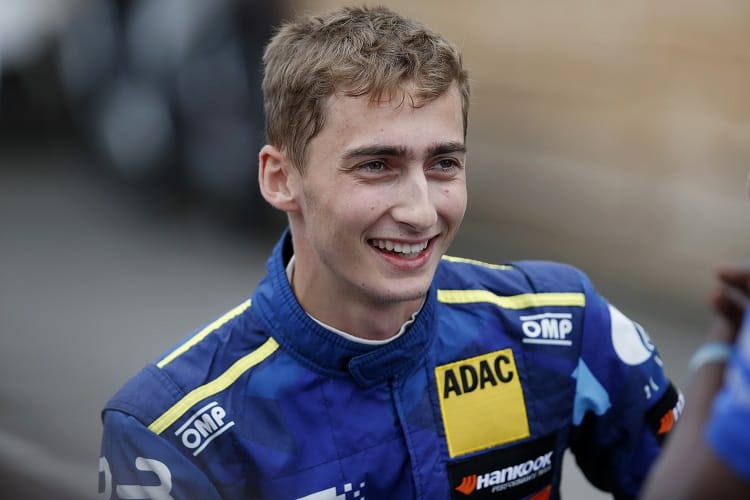 Ferdinand Habsburg will continue his partnership with Carlin Motorsport into 2018 after deciding his future lies in the FIA European Formula 3 Championship, where he was a race winner last season.

The Austrian took a superb victory at Spa-Francorchamps In July, and secured a handful of other top three finishes as he finished seventh in the championship standings, and he will line-up alongside Jehan Daruvala, Sacha Fenestraz and Devlin DeFrancesco in 2018.

Habsburg is returning with one-eye on being a championship contender in 2018, with the team looking to make it consecutive drivers’ championships after Lando Norris’ triumph in 2017.

“I am pumped to announce that I am rejoining Trevor [Carlin, team owner] and his incredible team this year,” said Habsburg. “I can’t wait to get back to racing with the Carlin boys that I have become very close with over the last 14 months.

“Feeling comfortable within a team is going to be a big strength that we will take advantage of – we’re going to hit this year’s championship hard from round one! I now know all of the tracks in the calendar and that will help massively.

“Carlin has an incredible history of developing the world’s top drivers and I’m going to work hard to make sure I do them proud. Thanks to everyone who has helped make it possible.”

Habsburg was close to victory in the 2017 Macau Grand Prix and earned many plaudits for his performance last November, with Trevor Carlin delighted to retain the services of the Austrian for another season.

“We’re so happy to have Ferdinand back in the team for the 2018 season,” said Carlin.  “The progress he has made in the car since he first joined us in 2017 is amazing and his passion and determination was clear for everyone to see in Macau in November.

“Out of the car, Ferdinand remains completely professional and one of the nicest drivers to deal with, I’ve no doubt he will be a great asset to the team in 2018.”