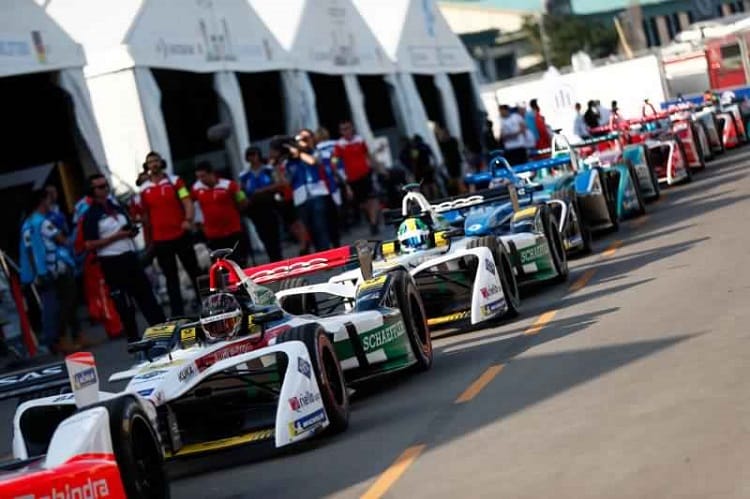 With the Formula E season now at the half way point we continue our analysis of how each driver has performed.

You can read part one of our report here. 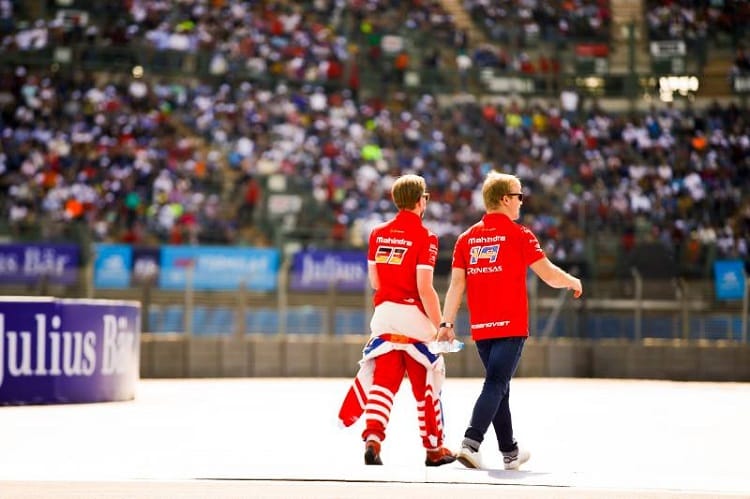 If we weren’t sure before, Felix Rosenqvist underlined his potential as a future Formula E champion with his performance so far this season. He notched his second and third wins in the series (even if his win in Marrakesh was slightly fortuitous after he spun out from the lead), and has two pole positions to his name as well. He justly led the driver’s standings earlier in the season, and he would still be there were it not for a mechanical issue in Mexico City and an energy management issue in the first race in Hong Kong. Expect him to fight back in the second half of the season, and if things go his way he could very well end up as the champion.

It’s been a case of what could have been for Quick Nick this year. He got off to a great start with third in the season opener, but mechanical faults in the next race, Mexico City and Punta Del Este have put him well behind the front runners. A reckless move in Santiago ended his race early as well and it means he’s failed to finish any of the last three races. The rest of the year will now be about helping Mahindra in the team’s championship, but given the pace he showed in at the very start of the season, he has every chance of getting in the mix at the front again. 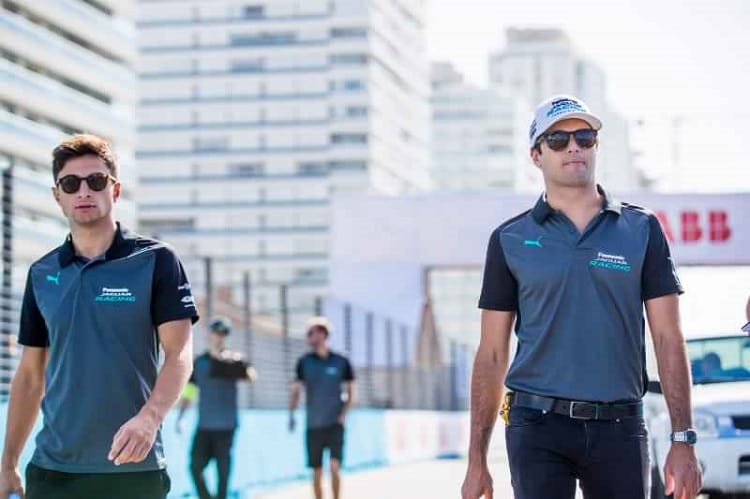 After the team fared so poorly last season, many felt Nelson Piquet Jr’s move to Jaguar was a risk, but his results so far have already proved that his decision was the correct one. He got off to a great start by achieving the team’s best result to date when he finished fourth in the season opener, and since then he’s finished fourth a further two times. He’ll be disappointed not to have qualified for super pole yet, but his race pace is such that he always seems able to make his way up the order, he just needs to cut out errors such as his crash in qualifying in Punta Del Este and he should be on the podium again sooner rather than later.

Mitch Evans could probably consider himself to be one of the most unlucky drivers on the grid this season, so it’s a mark of just how well he’s driven that he’s still in sixth place in the driver’s standings and only just behind this team-mate. Car issues have meant that he has started at the back of the grid for half of this season’s races, including in Uruguay when he should have had pole. His recovery drive was the stuff of legend, as he scythed through the field to finish fourth and only just off the front three. You feel greater things are only just around the corner for Evans, and should his car stay reliable he should manage a few more podiums before the end of the year. 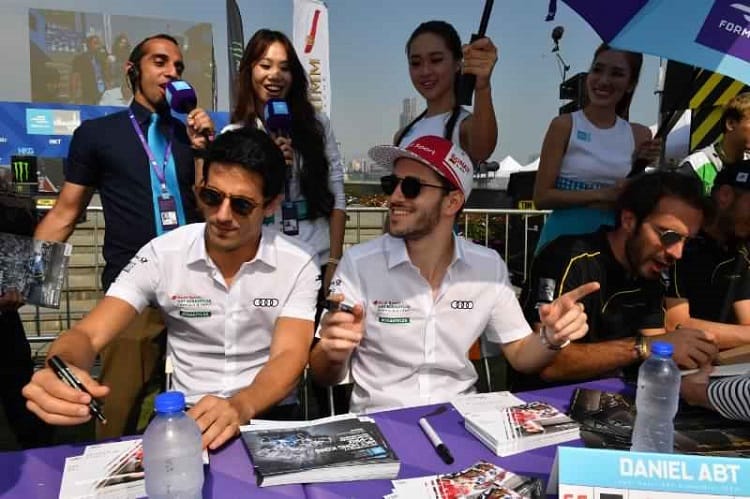 When Lucas di Grassi first learned of Audi increasing their involvement in the already successful Abt team, he must have relished the thought of this season. For it to have started so disastrously will therefore be a severe disappointment for him as he has lost nearly all hope of retaining his driver’s title. Very little of the fault for this lies with him. Buemi made contact with him in the season opener and damaged his steering, and inherent problems with the Audi’s inverter has led to retirements and grid penalties since. It’s no surprise that once these reliability problems were sorted he immediately challenged for victory, and we should now see him back at the front on a more permanent basis.

There were a few raised eyebrows when Daniel Abt retained his seat even after his father sold the team on to Audi. Many felt that his past performances hadn’t been up to scratch in what had been proven to be a championship winning car. This season he looks like a new man though, he’s tied in qualifying results with di Grassi and finally achieved his first victory in the series in Mexico City. He also cruelly had another victory taken away from him after the FIA stickers on his car did not match those declared on its technical passport. Were it not for that disqualification and losing out on a podium in Punta Del Este after his seatbelts loosened, he’d be right up there with the championship leaders. 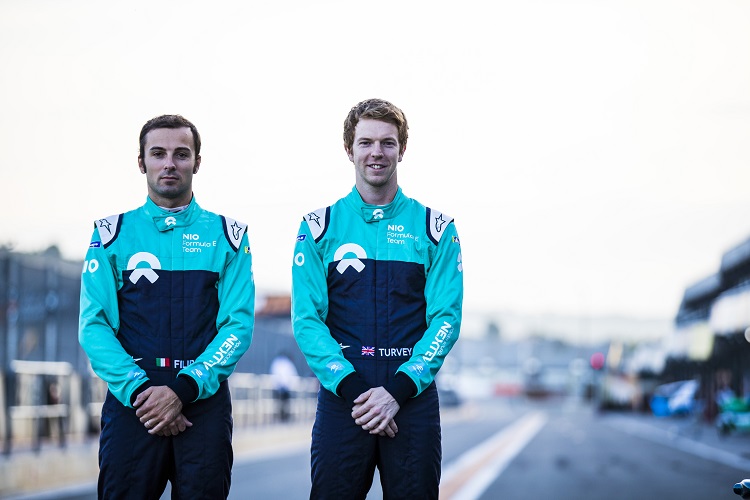 Turvey has continued his form from last year and consistently outperformed his NIO machinery. His qualifying pace has been most impressive, getting into the top ten in every session and managing super pole twice. The only thing stopping him from converting his qualifying efforts into more points has been his car. Technical problems cost him strong finishes in Hong Kong, Marrakesh and Santiago, and the race pace of the NIO is lacking compared to the other teams at the front. Thankfully his car held together for a deserved second place finish in Mexico City, but he’ll need better reliability if he’s to repeat that feat.

To say that Luca Filippi’s start in Formula E has been disappointing would be an understatement. He lies last of the drivers standings, and his tenth place finish in the first race now seems a long way away as since then he hasn’t come close to adding to his tally. While the limitations of the NIO car are well known, his team-mate has regularly run in the top ten and even threatened at the front. With Turvey also holding a 6-0 lead over Filippi in qualifying it’s clear that the Italian isn’t getting the most out of the car. 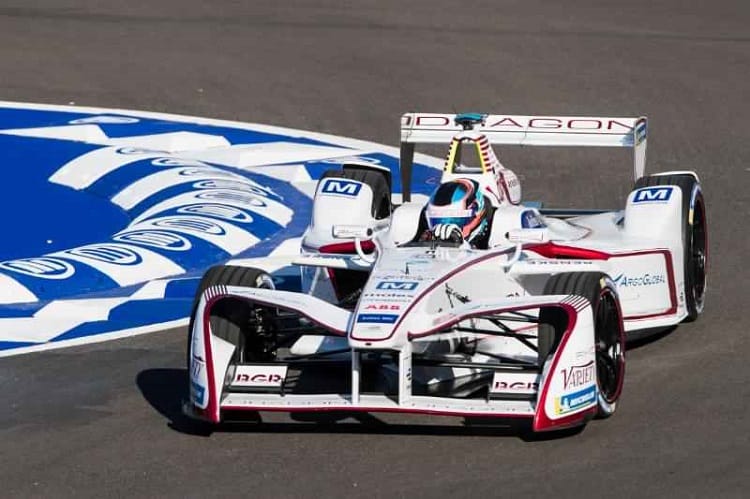 It’s been a hard slog for Jerome d’Ambrosio so far this season. A proposed tie-up with Porsche was ditched early on by the team’s mercurial team principal despite the Dragon car being comfortably the worst performing car on the grid, and as such the Belgian has struggled to get into the points. It hasn’t helped that the car had also been unreliable, but even with that d’Ambrosio will be disappointed with his performance, with new team-mate Lopez out qualifying him in every race that they’ve been up against each other.

Lopez was somewhat harshly ditched from DS Virgin Racing last season, so when Neel Jani called it quits after two races he was a logical replacement for Dragon. He’s quickly repaid their faith in him by dragging their uncompetitive car into the points immediately, and even managing a slot in the super pole shootout in Marrakesh. The fact that he’s outpaced d’Ambrosio in every qualifying session so far is also impressive and if the team are to get a breakthrough result it looks far more likely to come from the Argentinian.