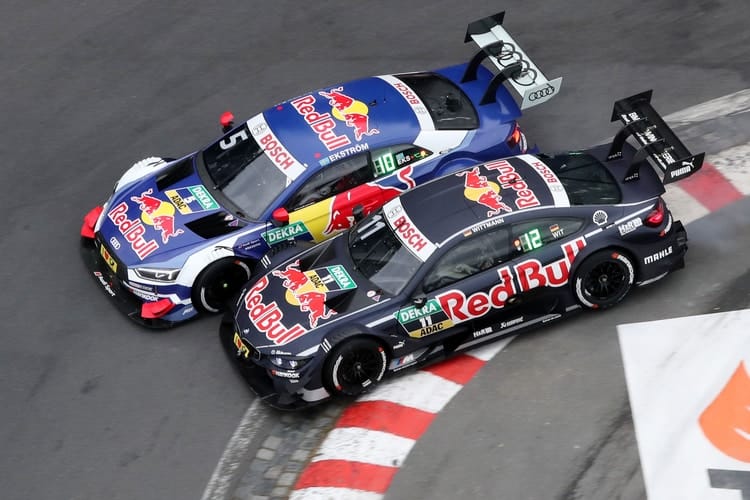 A spokesperson for energy drinks giant Red Bull has confirmed they will not sponsor any cars in the DTM Series this year.

Last year, BMW‘s Marco Wittmann and Audi‘s Mattias Ekström ran in Red Bull’s livery, but Ekström’s decision to quit the series has caused the Austrian company to reconsider its plans.

Swede Ekström has had Red Bull backing since 2002 and will continue to enjoy a partnership with them with his Audi-back EKS team in FIA World RallyCross.

This means 2018 will be the first year with no Red Bull-liveried cars on the grid since 2001, with BMW having already revealed a new livery for Wittmann based on its iconic ‘M’ colours.

However, Red Bull has stressed the move will be a time-out and not a complete withdrawal, due to the uncertainty of the future of the DTM and will wait for its future to be clear before re-evaluating the situation.

Another Austrian sponsor, BWT, has also confirmed it also will not return to the DTM this year.

As well, BWT will sponsor Arden International‘s Formula 2 squad and the Lechner Porsche Mobil 1 Supercup team this year. Lechner will also have BWT branding in the Porsche Carrera Cup Deutschland.

Audi and Mercedes are yet to officially unveil their full range of liveries for 2o18.