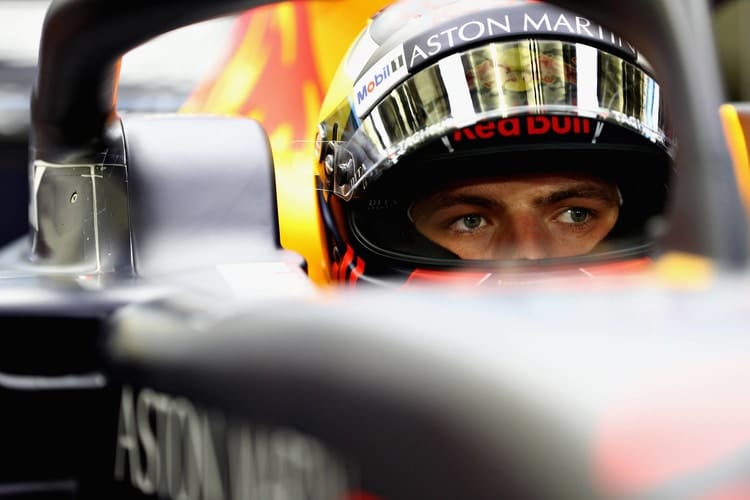 Max Verstappen is looking to turn around his fortunes at the Chinese Grand Prix, a track he claimed a podium at in 2017, after a thrilling drive in changeable conditions.

Verstappen saw his Bahrain weekend unravel after an unexpected power surge led to a crash in the second part of Qualifying, leaving him fifteenth on the grid. To compound the misery, the Dutchman saw his race end on lap three with differential damage, caused by a puncture sustained in a contentious collision with Lewis Hamilton.

At a track that Aston Martin Red Bull Racing took their first win – all the way back in 2009 – Verstappen is hoping to profit off of an “action packed race”.

“China was good for me last year with a podium,” the 20-year-old said.

“As the track is so wide it is good for overtaking, this usually leads to an exciting and action packed race.”

Verstappen was keen to focus on the main challenge posed by the Shanghai International Circuit, it’s excessive tyre wear. Pirelli have opted for an unusual selection this weekend, taking the ultra-soft, soft and medium compounds – bypassing the super-soft tyre altogether.

“It is quite heavy on tyres, the fronts especially.”

Verstappen also paid his compliments to the passionate Chinese fans before hoping for “a great race weekend”. A double retirement in Bahrain for Red Bull saw them yield their third place in the Constructors’ Championship to the McLaren F1 Team.

“The Chinese fans are really passionate,” he added.

“So I look forward to seeing them out in force again and us all having a great race weekend.”

Pierre Gasly: "I think we can be pleased with our position on the grid"

By Findlay Grant
2 Mins read
McLaren F1 Team showed some solid pace in qualifying for the Russian Grand Prix with both drivers starting in the top ten.