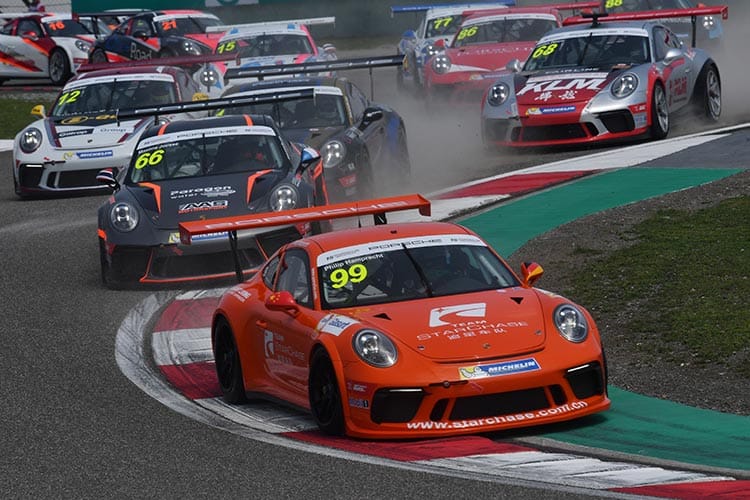 Philip Hamprecht took a commanding victory in the opening round of the 2018 Porsche Carrera Cup Asia in a lights-to-flag spectacular.

The German driver lined up on the grid in pole position for the Formula 1 supporting race and was immediately under pressure from the start with Maxime Jousse challenging him into the first corner as they went side-by-side.

While the Frenchman was on the attack from the start, it quickly turned to defence as reigning champion Chris van der Drift chased him down in third.

A brief safety car period on lap six closed the field back up, resetting the gap that Hamprecht had managed to pull out at the front.

As the race resumed, so did the pressure in the battle for the top spot, both van der Drift and Jousse were giving 100% to challenge Hamprecht as the laps counted down.

The German would successfully hold off the pair and take victory with Jousse securing second and van der Drift in third.

“I think it’s the best way to start the season obviously, with a pole and a win.” said Hamprecht. “We had a good race. It was a little tricky at the start, but I managed to pull through.

“The safety car didn’t help me that much, because I had a nice gap before, but in the end I finished the race in first, so we’re quite happy.”

Porsche China Junior Team driver Daniel Lu impressed the onlooking fans as he drove a spirited race to climb from the back of the grid following a disastrous qualifying session. The sixteen-year-old managed to secure a top ten finish with ninth place overall, climbing an impressive nineteen places through the course of the race. 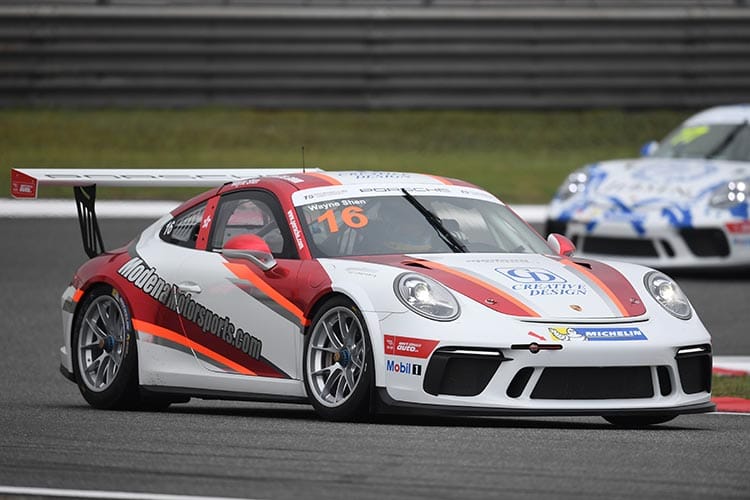 In the Pro-Am class, Modena Motorsport’s Wayne Shen secured victory; the 2015 Pro-Am champion started from class pole position but had a tough start to the race.

Francis Tjia and Yuey Tan battled with Shen as the lights turned green with Tjia briefly taking the lead.

Shen would recover as Tjia dropped down the order before being forced to retire after contact with another driver.

With Tjia out of the way, Suttiluck Buncharoen picked up the baton and pushed Shen from second place until the end of the race.

Bao Jinlong made a fantastic recovery after starting from the back of the grid, making up 16 positions on his way to the final podium spot in class.

“I’m feeling fantastic.” said Shen. “The team did a very good job preparing and I think my pace is decent. I had a very poor start, and I think was passed by three cars.

“By Turn 1 I noticed that I had regained two positions and [Francis] and I were having a good battle.

“I did notice he was having a little bit of a slide into a corner, and I managed to pass him back in T1 again,”

The series takes a break now until 15-17 June when it returns to Japan for Rounds 2 and 3 at Fuji International Speedway as they join Porsche Carrera Cup Japan for an invitational race.