2018 Dunlop MSA British Touring Car Championship leader Tom Ingram has taken his second win of the year in round five at Donington Park after a comeback drive from the midfield.

The race got off to a cautious start with James Nash having dropped oil on the circuit on his way to the grid whilst Colin Turkington started from the pitlane with mechanical issues in the Team BMW entry.

Ingram started in thirteenth for the second race but was aided by having no weight in the car and having already used the slower Option tyre in race one.

However it was Dan Cammish who took the lead at the start in his Halfords Yuasa Racing Honda Civic with Josh Cook having a slow start laden with full success ballast from his race one win.

The race was an exciting affair where drivers who had already used the slower Option tyre in race one were able to use them to good effect all the way through the field.

Cammish led the race in the early stages as Cook and Aiden Moffat fell back due to ballast and the harder tyre. 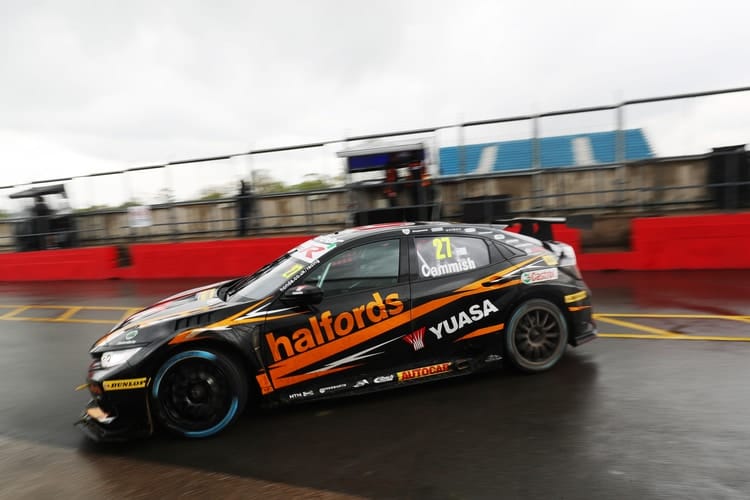 Chris Smiley managed to catch Cammish in his BTC Norlin Racing Honda and passed the newer 2018 model on lap nine for the lead.

Behind him, Championship leaders Ingram and Jack Goff were making inroads into the top five by the time they started nine, Ingram was chasing Smiley for the lead.

Ingram took the lead on lap eleven and soon opened up a gap to the Nothern Irish driver who would not be able to mount a close challenge afterwards.

Behind the fight for the lead Adam Morgan, who had started in twenty first place had made his way up to fourth and was chasing Cammish down in the closing laps.

One of the highlights of the race was the battle for seventh place which at one stage was contested by Morgan, Moffat, Tom Oliphant, Ash Sutton and Rory Butcher. The place finally went the way of Cook as Moffat and Oliphant fell down the order.

Ingram took the race win ahead of Smiley, who took his debut podium finish in the BTCC whilst title protagonist Goff completed the podium.