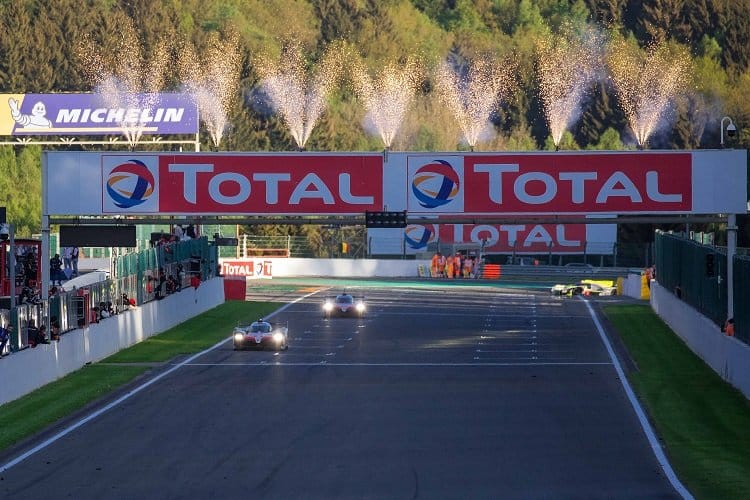 In a dramatic and eventful six-hour opener, Fernando Alonso, Sebastien Buemi and Kazuki Nakajima stormed to a lights to flag victory. Their only challenge over the endurance event came in the final hour of the race, from Mike Conway in the sister Toyota Gazoo Racing. It was also a dominant class win for 24 Hours of Le Mans entry, #26 G-Drive Racing. Following suit of the LMP1 winners, they held class lead for most of the race. The GTE classes threw up the most intense battles, with #66 Ford Chip Ganassi Team UK and the #98 Aston Martin Racing claiming glory in the Pro and Am classes respectively.

Three safety cars and some full course yellows underlined the drama of the first race in the 2018-19 FIA World Endurance Championship. From the off, there was a collision that forced the race under the safety car within the first lap. Buemi held his position in front of the two Rebellion Racing challengers, but it was Giedo Van Der Garde who had an excellent start, promoting the #29 Racing Team Nederland to the lead of the LMP2 class.

With the second Toyota starting from the pit lane and a lap down, there was no pressure on the #8 from the start. Buemi defended the position well before handing the car over to Alonso for his first racing stint in WEC. The trio had over a minute advantage on the #7 when it reached second place overall at the halfway mark of the race.

Conway was on a mission in the closing stages of the race. With just half an hour on the clock, he found himself only 6-seconds off the back of Alonso leading in the #8. His pace was better than the Spaniard’s as he reeled the sister car in. It was looking to be a wheel-to-wheel battle for the chequered flag, but a splash and dash pit stop prevented the fight from developing. Alonso took victory for the #8 with a 1.444 second advantage on Conway.

Sadly it was not meant to be for the #29 Racing Team Nederland as just after the first hour of racing had passed they were forced into the garage with a suspected alternator issue. They lost 24 minutes in their first garage visit, then about half an hour later lost another 15 minutes as the team had to work on the car again, pushing them right out of contention for the class lead.

This opened the race up to the #26 team, who proceeded to lead the rest of the race in class. The trio of Roman Rusinov, Jean-Eric Vergne and Andrea Pizzitola optimised the multiple safety car and caution periods to end the race with a 21-second lead over #38 Jackie Chan DC Racing and #36 Signatech Alpine who started the race on pole.

The #17 SMP Racing LMP1 car had been in a great position to take the ‘best of the rest’ third place overall finish position as the Rebellions were suffering from telemetry and data transfer issues. Unfortunately Matevos Isaakyan was the reason for the third and final safety car of the race, crashing his car into the tyre barrier at the top of Eau Rouge. It is rumoured, but not confirmed, that the #17 rolled at the top of the hill, ending backwards in the tyre barrier on the right hand side of the track. Isaakyan got out of the car and was taken to the medical centre for checks. It has been reported that he is uninjured. 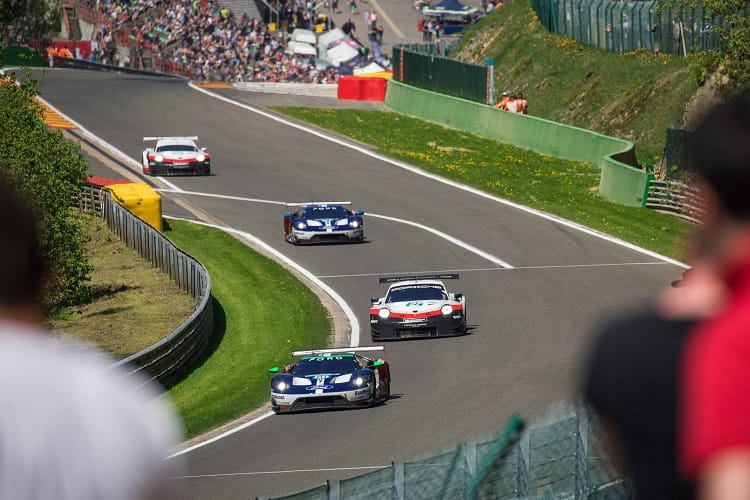 Eau Rouge has been a hot spot all weekend, and Harry Tincknell was the third driver to have been taken victim of the iconic corner. At the end of the first hour, the British driver was chasing down the sister Ford to reclaim class lead. Going up the hill, he suffered a near identical incident to the crash that Fittipaldi had in qualifying. Luckily, Tincknell was straight out the car and has been confirmed that he is OK. It is assumed, but not confirmed, that the incident was due to a tyre failure.

After losing one car, Ford were not deterred, as they knew they had a superior race pace to the other cars on track. Olivier Pla had a great stint towards the end of the race, pushing hard and keeping the pressure high on the #92 Porsche GT Team car knowing it had older tyres than he did. A great move through Bus Stop saw him promote the #66 to class lead, where they ended the race.

Porsche were looking strong to secure a 2-3 in class, but Davide Rigon in the #71 AF Corse had other ideas. Aided by the last safety car, he was in a position to attack for the final spot on class podium. He raced hard, putting a lot of pressure on Kevin Estre in the #92 Porsche. A close wheel-to-wheel moment made it look like Rigon had blown his chance but a mistake from Estre in the next corner, going wide, brought him back in range as they raced towards Bus Stop.

Rigon pushed his car passed Estre’s Porsche, running the #92 off the track to claim the position. Post race, the incident is under investigation, with no update available at the time of publishing. Rigon and Sam Bird took third on the podium, but this is still under dispute.

Porsche had been the GT favourites, especially in GTE Am, but ruined the race for themselves with multiple incidents. The #86 Gulf Racing was the first car to bring out the safety car. In trying to avoid a spinning Ferrari, Michael Wainwright put the Gulf Porsche into a tyre barrier and brought out the first safety car of the race. The two Dempsey-Proton Racing cars had incidents in the same lap, leaving the path clear for Aston Martin to optimise on their errors.

Reigning class champions in the #98 took the lead from around the hour two mark and did not relinquish it for the rest of the race. Today’s race makes it four consecutive class wins for Paul Dalla Lana, Pedro Lamy and Mathias Lauda in LM GTE Am. The TF Sport #90 Aston put on a great show for their WEC debut, putting Lamy in hot water for the closing stages of the race. It had looked like they were going to claim class victory on their first race in WEC, but Lamy defended well, leading Euan Alers-Hankey across the line with a 0.221 second lead.

No Porsches appeared on the LM GTE Am podium, as the #61 Clearwater Racing Ferrari claimed the bottom step of the podium.

Magnussen Insists he is not the Only Driver to have ‘Overstepped the...

Racing Point’s Andrew Green: “The change to Aston Martin for next year...