Massa to drive in Formula E for Venturi 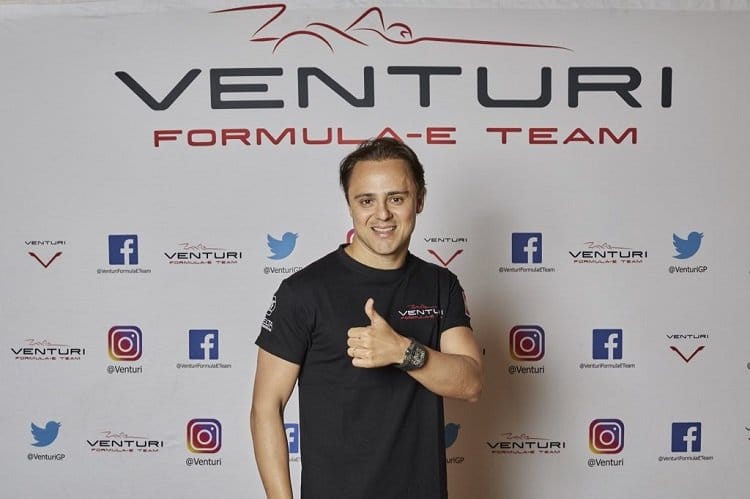 Felipe Massa will finally make his much mooted debut in Formula E with Venturi at the beginning of next season.

The Brazilian had originally been linked with a drive at Panasonic Jaguar Racing ahead of their return to motorsport in the 2016-17 championship.

However he chose to stay in Formula 1 after he unexpectedly had his contract with Williams Martini Racing extended after Valtteri Bottas moved to Mercedes.

Since he retired for a second time from Formula 1 Massa has been looking for a drive, and he told Martin Brundle during his grid walk last weekend that his next move was likely to be into Formula E.

He has chosen to take that move with Venturi, signing a three-year deal with the Monegasque squad.

And while Venturi are currently down in seventh in the team’s championship standings, Massa says that he is hoping to be fighting towards the front of the grid.

“I’m very happy to be joining the Venturi Formula E team and the Formula E championship, which has become a magnificent competition in such a short space of time,” Massa said.

“For some years now, I’ve been clear about my interest in this innovative, forward-looking discipline that’s developing exponentially.

“I especially like the format of race meetings, the city-centre circuits and the contact with the fans. I can’t wait to take part in testing at the end of the month.

“The team is in a phase of growth and development. I’ll do everything I can to contribute to the project and hopefully I’ll be among the frontrunners.”

Venturi currently have Maro Engel and Edorado Mortara as their drivers, however Tom Dillmann will replace Mortara at the Berlin ePrix due to a clash with the DTM programme. 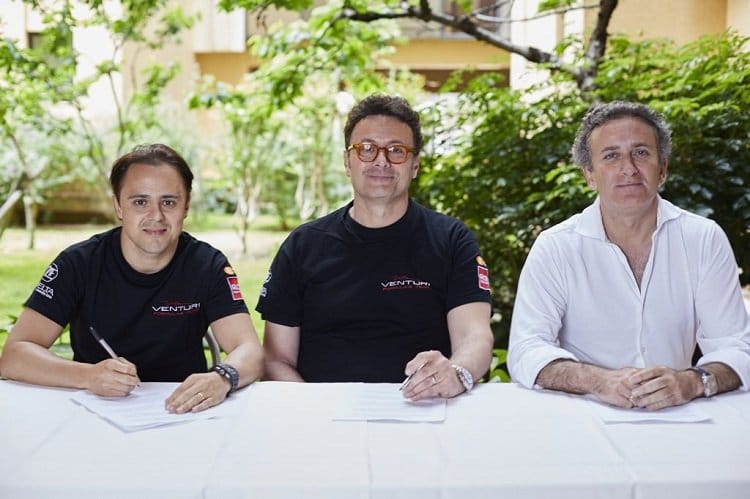 Although it is not clear who Massa will replace, Venturi President Gildo Pastor said that he needed a driver with Massa’s experience.

He said, “It’s an honour to welcome Felipe to the Venturi family.

“I needed him, his experience, his speed, and his openness. Formula E is extremely complex to set up and drive.

“Even more so than in other disciplines, teamwork between the driver and the engineering team is one of the keys to success.

“Felipe’s 15 years’ experience in Formula 1 will definitely give us a boost. And with his humble nature, I know he will listen to the team and master the discipline quickly.”

Stoffel Vandoorne on pole position for the Rome ePrix

By Anna Schuurmans
2 Mins read
Stoffel Vandoorne set the fastest time in Qualifying for Round 3 of the ABB FIA Formula E championship in Rome on Saturday, ahead of André Lotterer and Oliver Rowland.
Formula E

By Anna Schuurmans
1 Mins read
The second Free Practice Session of the Formula E weekend was very short, as a displaced curb necessitated extensive repairs ahead of qualifying and the race.
Formula E

By Anna Schuurmans
1 Mins read
The first practice session of the Rome E-Prix Formula E race was quite eventful: Three teams will have repairs to do ahead of todays first qualifying and race after crashes.