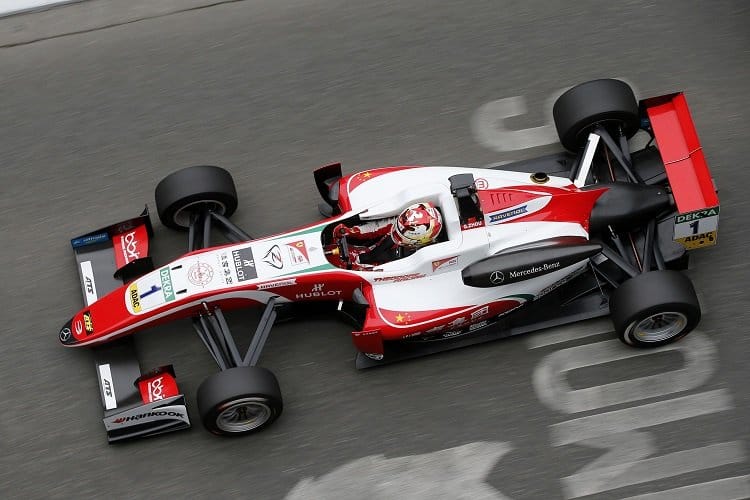 Guan Yu Zhou thanked his Prema Theodore Racing team for giving him the tools to fight for victory around the streets of Pau last weekend, with the Chinese driver becoming the first driver from his country to win in the FIA European Formula 3 Championship.

Zhou jumped into the lead at the start of race one and was never headed thereafter, taking victory despite two full course yellow interruptions, with the Ferrari Driver Academy driver ultimately triumphing by just over half a second from team-mate Ralf Aron.

Unfortunately for the Chinese driver, races two and three were not as successful as he failed to break into the top ten, but it was race one where he starred, and he was delighted to stand on the top step of the podium for the first time in Formula 3.

“It’s unbelievable to be the first Chinese driver to win a Formula 3 race and also in FIA Formula racing,” said Zhou.  “It’s been tough to get there but all the preparations to get there paid off.

“The pace was good from day 1 and a good start put me in the lead. It was really intense with many safety cars and stuff going on during the run but I kept my had cool and pushed as much as I could stay in front by being fast in the last sector.

“I’m really thankful to the team for giving me such a great car.”