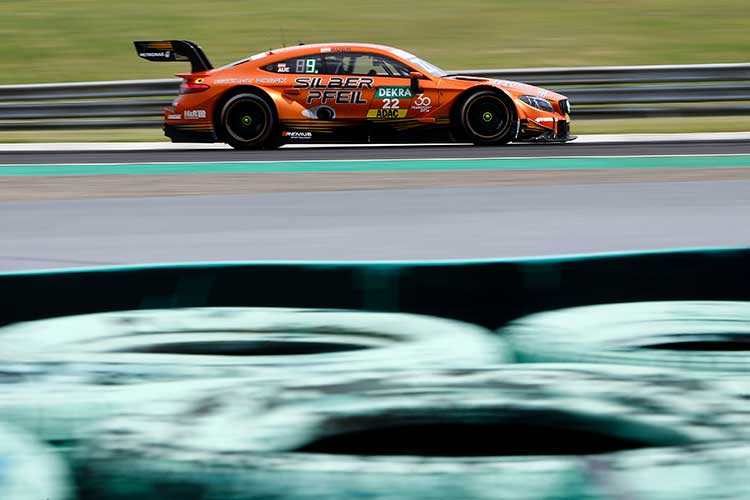 Lucas Auer, Edoardo Mortara, and Bruno Spengler have all been disqualified from the second DTM race of the weekend at the Hungaroring after all being involved in pitlane incidents during a wet spell of the race.

In the early stages of the race a change in weather conditions forced the drivers to come in to the pits to change on to wet tyres.

Auer was the first of the trio to come in to and as he approached his pit box locked up on the wet concrete surface, sliding across the pitlane in to marshals at the side of the garage.

Both Mortara and Spengler suffered similar fates as the collided with the hydraulic rig and team members.

Five hours after the chequered flag fell, stewards refered to the sporting regulations and identified the accidents as an infringement of article 30.9: “The driver must reduce speed as soon as he joins the deceleration zone so that he can stop his car at the pits without endangering other participants or the marshals.”

Mortara and Spengler also receive ten position grid penalties, suspended on probation for two race weekends. Stewards mentioned that the pair had been informed of the conditions via radio and also failed to acknowledge the yellow flags from Auer’s initial incident.