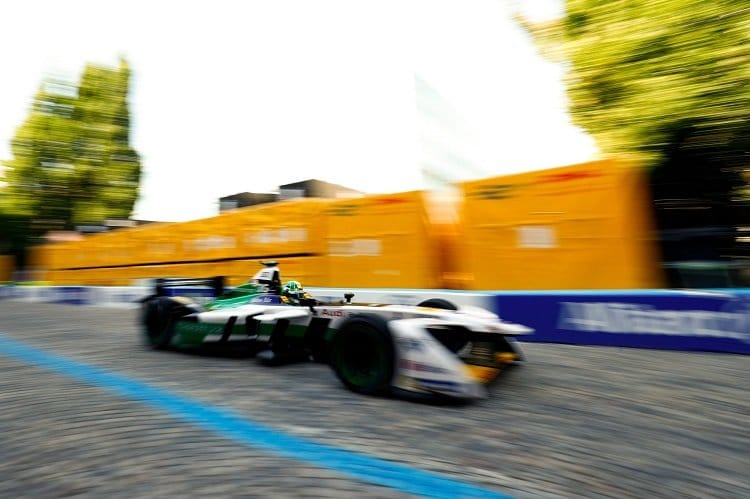 Lucas di Grassi won his first race of the 2017-18 season after comfortably winning the Zurich ePrix.

The Brazilian had a far superior car than those around him, able to do less energy saving than Sam Bird and Mitch Evans which meant that he was able to cruise past them into the lead.

He was then helped further when five of the top ten were hit with drive-through penalties for going too fast under full course yellows.

Monumentally one of the drivers affected was championship leader Jean-Eric Vergne, who until that point had been fighting his way through the field admirably from his lowly starting position of seventeenth.

Having been forced to drive through the pit lane at a painfully slow 18mph however, Vergne re-emerged outside of the top ten, and was only just able to fight his way back into the points before the end of the race.

And with Sam Bird finishing in second, it means the gap between the top two in the driver’s standings has almost been halved to just twenty-two points.

Mitch Evans, Andre Lotterer, Jose Maria Lopez and Sebastien Buemi were also in strong positions but were demoted to the tail end of the top ten for the same infringement under the full course yellows, and Jerome d’Ambrosio was the beneficiary as he grabbed the last podium spot.

Lotterer recovered to fourth, with Buemi finishing a disappointing fifth after he had hoped for more in his first ever home race.

Nick Heidfeld also benefitted from avoiding a penalty to finish in sixth, ahead of pole-sitter Mitch Evans whose wait for a win goes on after he had looked so impressive over the course of the weekend.

Antonio Felix da Costa finished in eighth with Oliver Turvey ninth as he was just able to keep the charging Vergne behind him over the last lap.

Lopez meanwhile was not only hit with the drive-through penalty but then crashed for the fourth time today at the end of the straight, and missed out on points as a result.

Daniel Abt was behind him as attempted to recover from losing his front wing in the opening laps after Nelson Piquet Jr clumsily and ran into the back of him.

Pique would go on to retire, along with Nico Prost, Luca Filippi and the other Swiss driver in the field Edorado Mortara.

Formula E writer for TCF since 2015-16 and fascinated by all things electric.