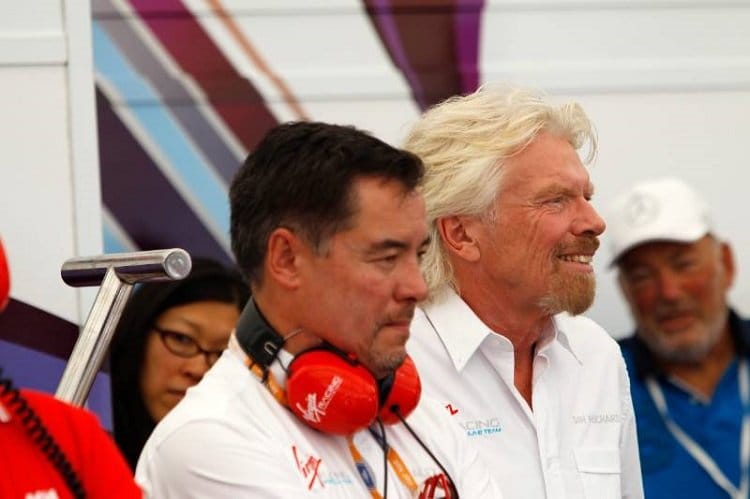 Alex Tai has stepped down from his role as team principal and CEO of DS Virgin Racing.

Although he will continue to help the team in an advisory role until the end of this season, DS Virgin said that Tai was leaving to concentrate on his other business interests.

Virgin moved quickly to replace Tai, and their chief technology officer Sylvain Filippi will fill the role for the last three races of the season before a permanent appointment is made for the start of season five.

A statement from DS Virgin read, “DS Virgin Racing today announces that Alex Tai is stepping down as team principal and CEO to focus on his other business activities,” read the statement.

“A new team principal will be announced before the start of season five.

“In the meantime, Sylvain Filippi, has been promoted to chief operations officer, and will oversee both the racing activities and day-to-day operations of the business.

“Alex will remain as an advisor to the team until the end of the season.

“DS Virgin Racing would like to thank Alex as one of the founders of the team for his work in guiding it through four seasons culminating in the many track successes we have achieved in that time.

“We wish him well with his future endeavours.”

Tai had led the team since its debut in the inaugural season of Formula E, and during his time in charge the team have secured a victory in each season.

They currently sit in third in the team’s standings, with Sam Bird being the only driver with a realistic chance of catching current driver’s championship leader Jean-Eric Vergne.

Tai was known for causing conflict within the team however, with former driver Jose Maria Lopez saying he “wasn’t treated well” by Tai, and that Tai had not been “honest” with him prior to his sacking.