James Cole: “Oulton Park is a special circuit for me” 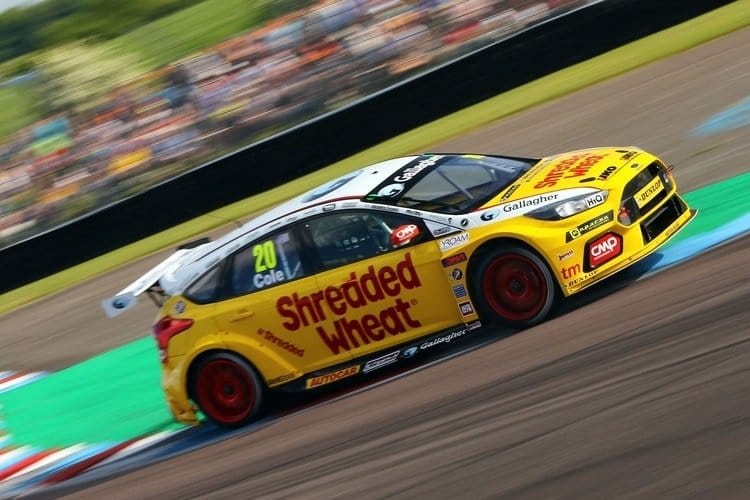 Thruxton as a ‘bogey’ circuit for James Cole certainly made his weekend last time out one to forget. However, next up for the Team Shredded Wheat Racing with Gallagher driver is a circuit where he has plenty of fond memories. Can previous successes at Oulton Park give James impetus for strong finishes at the Cheshire circuit?

Scoring points at every circuit up until Thruxton, disappointment was the natural reaction as his team-mate scored three points scoring finishes on the Sunday. James therefore will be channeling the issues he faced to make sure he gives his best for Oulton.

Racing at his home circuit, now is a good enough time to begin the hunt for strong finishes and possibly even a podium.

With no ballast on board, the first goal would be to qualify well. With the pace of the Ford Focus RS being strong but unrewarded so far this season, Oulton Park on paper at least, may be a strong circuit for Cole and his Ford.

“Oulton Park is a special circuit for me; it’s where I first started racing and also where I won the Formula ford championship back in 2007 which set me on the career path to BTCC.” Reminisced James.

Safe in the knowledge that he may be strong this weekend, Cole continued, “It’s a challenging circuit and hopefully the weather will be in our favour.

“We’ve learnt a lot over the last couple of rounds and racing in the high temperatures at Thruxton means we can take that data into Oulton Park.

“I’m looking forward to picking up from where I left off at Donington Park, getting back into the top 6 and staying there.”