Nico Prost ditched by e.dams ahead of Nissan takeover 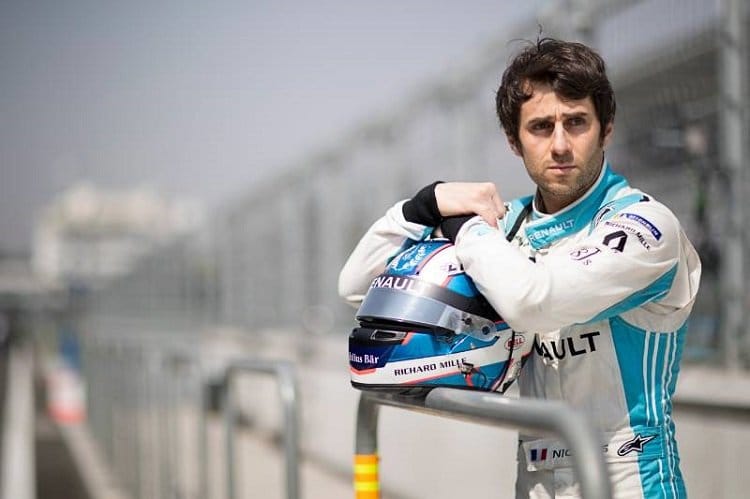 Nico Prost has been ditched by e.dams for the 2018-19 season after four years at the team.

The Frenchman is one of only six drivers to have driven in every race in Formula E history, and has been part of the Renault e.dams line-up along with Sebastien Buemi since its inception.

However ahead of Nissan coming into the series next season to take over from Renault, e.dams have chosen not to renew his contract.

During his time at the team Prost helped them secure the team’s championship in each of the first three seasons, although he has consistently been outperformed by team-mate Buemi throughout that time.

Two wins at the double-header in London in 2016 seemed to indicate that Prost had turned a corner though, and that he would be able to compete with Buemi at the front of the grid.

However this season has been a huge disappointment, and although the Renault package hasn’t been as quick as it has been in previous seasons, Prost has once again found himself way off the pace of Buemi with only seven points to his name compared with ninety-two for the Swiss.

And with his father Alain Prost no longer having a stake in the team it seemed that Nico’s departure ahead of Nissan’s takeover was an inevitability.

Speaking about his time at the team Prost said, “I am not only happy to have been with Renault e.dams these past four seasons, I am also thrilled to have been present at the very beginning of one of the most innovative motor racing championships of all time.

“There are so many great memories, like my three race wins and the three Team titles. Of course, I regret season 4 hasn’t gone as well and we believe that it is best that we go our separate ways.

“I wish e.dams all the luck in the world and I am busy working on my new programme that I hope to announce soon.”

Team owner Jean-Paul Driot thanked Prost for his work, but said that the time had come to ‘turn a new page’.

“Nicolas has been one of the pillars at Renault e.dams since its creation” Driot said. With Sébastien Buemi, they formed a complementary duo of drivers and both have been very involved in the collective performance.

“We have had some great times together, especially the three Team titles that have rewarded the efforts of both of them.

“The time has come to turn the page, after an often frustrating season 4 and at the dawn of a new chapter in the history of Formula E. We all wish Nicolas great success in his future endeavours.”

Prost’s last race for the team will at the New York ePrix in July.

By Paul Hensby
2 Mins read
Jean-Éric Vergne finished race one of the Berlin E-Prix in second, but he knew he would have to attack Edoardo Mortara for the lead rather than settle for his position.
Formula E

Edoardo Mortara: “I think we can be very happy about how we executed the race today” 

By Paul Hensby
2 Mins read
Edoardo Mortara felt in control of the opening race of the Berlin E-Prix as he took his second victory of the Formula E season on Saturday afternoon.