Sutton doubles up at Croft in BTCC Race Two 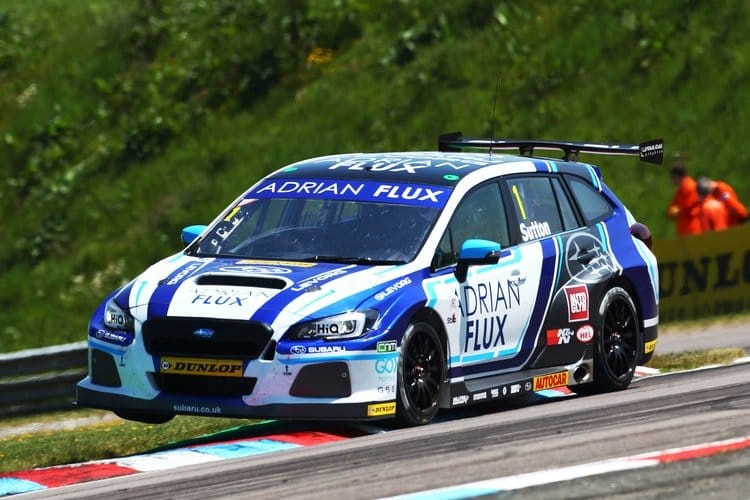 Ashley Sutton has become the first driver to win two races at the same circuit in the same day after securing victory in round fourteen of the 2018 Dunlop MSA British Touring Car Championship at Croft.

His second win of the day wasn’t as dominant as the first as Tom Ingram guided his Speedworks Motorsport Toyota Avensis past both Sutton and Jason Plato into Clervaux and held the lead through Hawthorns. Further back in the field Josh Cook spun out at Tower corner at high speed on lap one, losing control of the Power Maxed Racing Vauxhall Astra.

Jason Plato was awarded a drive through penalty for a jump start. Credit: BTCC.net

The first lap also saw action from James Cole who spun at the Jim Clark Esses and collected the tyre barrier in his Motorbase Ford Focus and several cars taking avoiding action at Hawthorns.

Plato made a good start off the line but was creeping before the lights changed so this gave the Team BMR Racing driver a drive through penalty for his crime and led to a comeback drive that would see Plato finish in fourteenth place.

Sutton himself soon asserted himself at the front of the field by passing Ingram at the end of lap two and from there, he was never challenged. Ingram himself soon had to play a rear guard action against the Team BMW of championship leader Colin Turkington who would pursue him for the rest of the race.

Daniel Lloyd in the BTC Norlin Honda Civic was on another charge after his ninth place finish in race one and was soon challenging Andrew Jordan for sixth place, with a line of card that included Matt Neal, Senna Proctor and Tom Chilton. Neal would pass Lloyd for seventh place at Sunny In but a robust defence would see both driver lose places to Proctor.

Rob Austin would be another driver who would be staging a comeback through the pack and was also the case of contact with the tyres at Hawthorns, in a race that saw a lot of contact with tyres barriers and also debris being brought on track.

Rob Collard was running well in fifth place and looking to challenge Sam Tordoff for fourth, but a late race puncture would bring an end to the Oulton Park race winners progress. His demise would move Jordan up to fifth place overall. 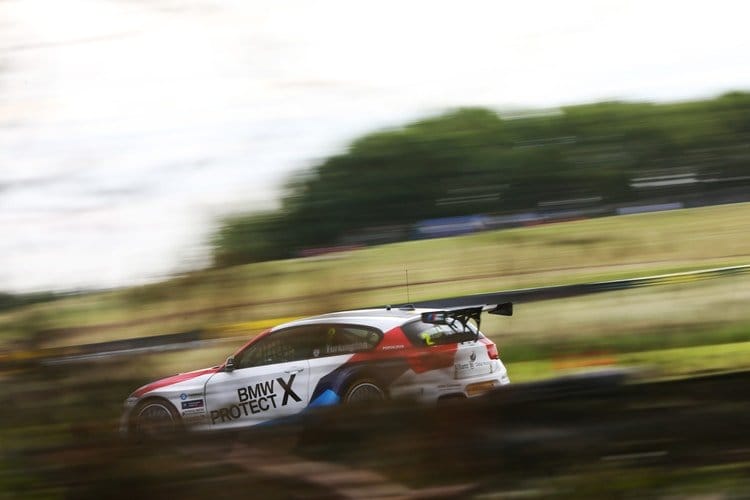 Sutton crossed the line to take his second win of the day ahead of Ingram and Turkington, with Tordoff and Jordan completing the top five. Chilton, Neal, Proctor Lloyd and Rory Butcher would complete the top ten places.

The draw for race three was performed by two time BTCC Champion John Cleland and he picked position nine, meaning that Lloyd will start round fifteen in pole position for BTC Norlin. Race three gets underway at 5.25pm.