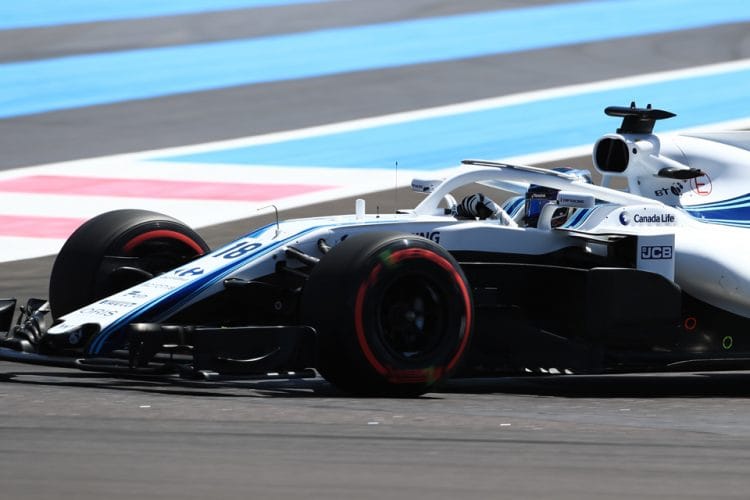 Williams Martini Racing Formula 1 driver Lance Stroll has described the performance of the FW41 chassis as “expected” during practice for the French Grand Prix at Paul Ricard.

Williams has endured a difficult start to the season with its revolutionary new chassis design, scoring points only once, during the Azerbaijan Grand Prix, and currently sit at the bottom of the constructors’ championship.

Canadian Stroll, in his second season in F1 was wiped on the opening lap of his home grand prix in Montreal two weeks ago, in a collision with Red Bull Toro Rosso-Honda driver Brendon Hartley. The 19-year-old has grown frustrated at recent races, owing to the poor performance.

In the opening 90-minute practice session for F1’s return to France, Stroll fastest lap was a 1m:34.881s, some 2.650s slower than pace-setter, Lewis Hamilton.

Stroll’s day did not improve in the second session, once again finishing 17th fastest on a 1m:35.936s lap, nearly 3.4 seconds slower than Hamilton.

He said: “That was just another Friday. We are where we are, and I will just drive as fast as I can. Anything can happen, and maybe a bit of rain will come up.”

Williams believes it has identified the root causes for the problems that have plagued the FW41 since launch, with former driver Alex Wurz suggesting a “diffuser stall” to be the main issue.

Chief technical officer, Paddy Lowe indicated that an extensive test programme during practice had produced “fascinating” data as the team hopes to provide a fix to the problems with the car.

“We will have a briefing now, go through everything and try and sort a few issues and see what we can do for tomorrow,”  said Stroll.

“We have the usual stuff to do to try and find more lap-time, but the car’s performance was more or less as expected.”