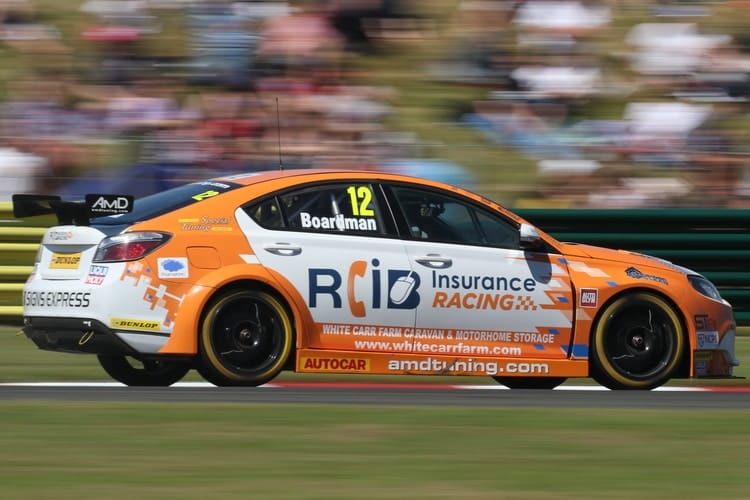 AmD with AutoAid/RCIB Insurance Racing have announced on social media that they are to replace their driver Tom Boardman for the remainder of the 2018 Dunlop MSA British Touring Car Championship season.

The MG6 GT driver had only scored two points finishes so far this year with a best result of fourth in the topsy-turvy second race at Brands Hatch. With team-mate Rory Butcher consistently scoring, the decision has been taken by the team to replace Tom from the Snetterton round onwards.

In an AmD Tuning Facebook post where this decision was announced, Team Principal Shaun Hollamby gave a reason why the partnership isn’t to continue.

“It is always a difficult decision to make changes to any of our team personnel but the long term aims and goals of the team must come first. We will be replacing Tom Boardman for the second half of the BTCC.

“I would like to thank Tom for his efforts this year and wish him luck with his future motorsport.”

Boardman is the second former race winner to be replaced in the BTCC this year. The first being James Nash at BTC Norlin Racing who like Tom was not getting used to the NGTC machinery that came in when they were away from the series.

AmD haven’t announced a replacement for the seat alongside Butcher for the remainder of the season. However, they plan to do so ahead of the Snetterton round before the end of this month.