The Haas F1 Team head in to the 2018 British Grand Prix off of the back of their best result in the FIA Formula 1 World Championship after finishing fourth and fifth in the Austrian Grand Prix.

The omens are good for the American team having also recorded a fifth place in Bahrain and sixth in Spain and France, all of these circuits are known as power circuits, along with Silverstone.

“Our car seems to be best at high-speed circuits, and with Silverstone being one of them, for sure we’re hoping to have a good result there, as well.” comments Team Principal Guenther Steiner.

“I think it’s just the aero characteristics. Some cars like slow circuits, some like fast corners, and ours seems to like the fast corners a lot better than the slow ones.”

All around team effort

Steiner has belief in the team and the drivers and knows that a full package can provide results. 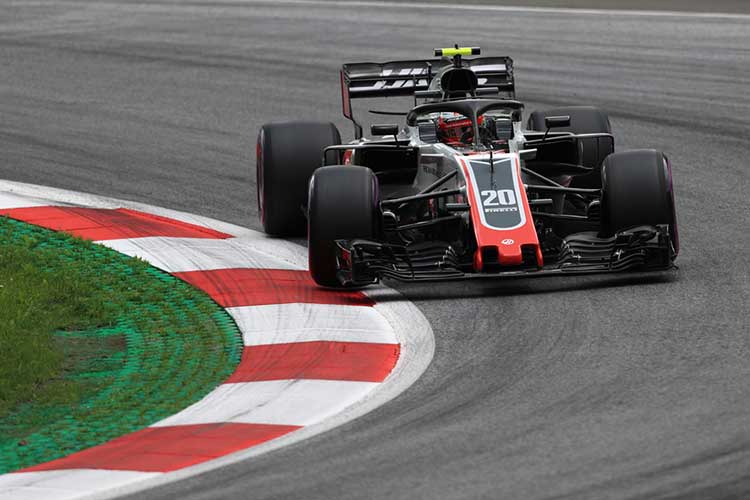 Currently (Tuesday 3 July), the weather forecast for the weekend looks dry and sunny with temperatures due to reach 26-28c, this is however British weather, which could change at any moment.

“Other than having data together for the tires and how they work in the different temperatures, it’s honestly hard to prepare. The best we can do is keep our eye on it and go with what the weather gives us.”

‘Home’ is where the heart is

While the team is an American entry, their European base is in Banbury, just thirty minutes from Silverstone, this helps the team on their third race weekend in as many weeks.

“Most of the guys are based near the circuit or their home is near Banbury, so it’s actually quite nice for them as most can go sleep in their own bed.

“Nevertheless, they need to get up early to get into Silverstone and they come back late. With three events in a row, it’s quite good that it’s the last one, for at least they’re near to home.”

By Paul Hensby
2 Mins read
Max Verstappen was 0.008 seconds ahead of Valtteri Bottas in second practice for the French Grand Prix on Friday afternoon.
Formula 1

By Paul Hensby
2 Mins read
Valtteri Bottas was more than three-tenths of a second faster than Lewis Hamilton in opening practice for the French Grand Prix on Friday.
FeaturesFormula 1

By Jasmine Butler
5 Mins read
In the first triple-header of the season, we head back to France, a race that was also missed off the 2020 F1 calendar.