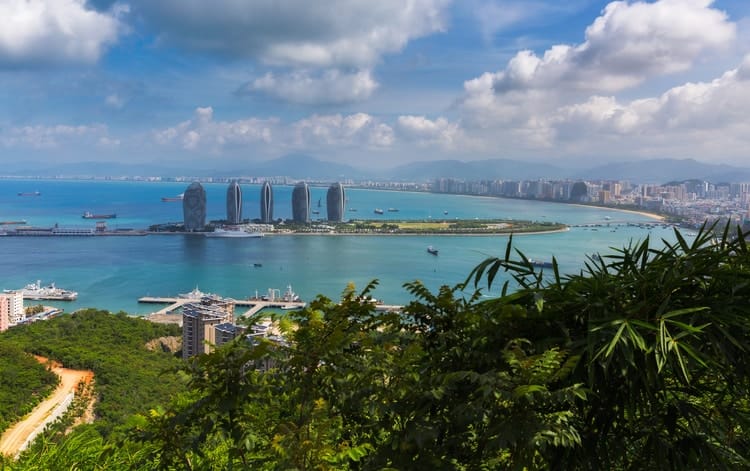 A race on the island of Hainan has been a possibility for several months now, although the likelihood of the race actually taking place has been questioned ever since, given the practicalities involved with hosting a race on a relatively small island off mainland China.

But despite the potential obstacles preventing the race from taking place, the 2019 Sanya E-Prix will go ahead; taking place two weeks after the Hong Kong E-Prix, assuming the race is approved by the FIA World Motor Sport Council when they next meet.

The track layout of the Sanya E-Prix is currently unknown and will be revealed at a later date. But it has been revealed by an official Formula E statement that the track will take place “against the backdrop of Haitang Bay”.

This will be the second race to take place in China, with the Beijing E-Prix taking place around the Olympic Park in the first two seasons of the series, after which the season-opener moved to Hong Kong for Season Three.

ABB FIA Formula Founder and CEO Alejandro Agag was delighted at the announcement, telling eracing 365 that: “Bringing the ABB FIA Formula E Championship back to Mainland China is an important step in a key territory for the series and a market that’s instrumental to the continued development and uptake of electric vehicles globally.”

“Sanya is an idyllic setting for a Formula E race – not just with the stunning views on the shores of the South China Sea – but for the ongoing efforts of Hainan in the field of electric mobility, which has led to Sanya boasting the best air quality of any city in China.”

Robin Frijns: “I don’t think we necessarily expected to be leading the championship at this stage”

By Paul Hensby
2 Mins read
Robin Frijns says it is a good feeling to be heading the Formula E standings at this point of the season, and the aim now is for him to stay there.
Formula E

Mercedes’ Ian James: “Puebla offers us two opportunities to show what we are made of”

By Paul Hensby
1 Mins read
Ian James says Mercedes are looking for a return to the points after missing out completely in Monaco last month.
Formula E

Nyck de Vries: “The first half of the season was marked by many ups and downs”

By Paul Hensby
2 Mins read
After a pointless Monaco, Nyck de Vries and Stoffel Vandoorne are aiming for big points this weekend in the Puebla E-Prix.