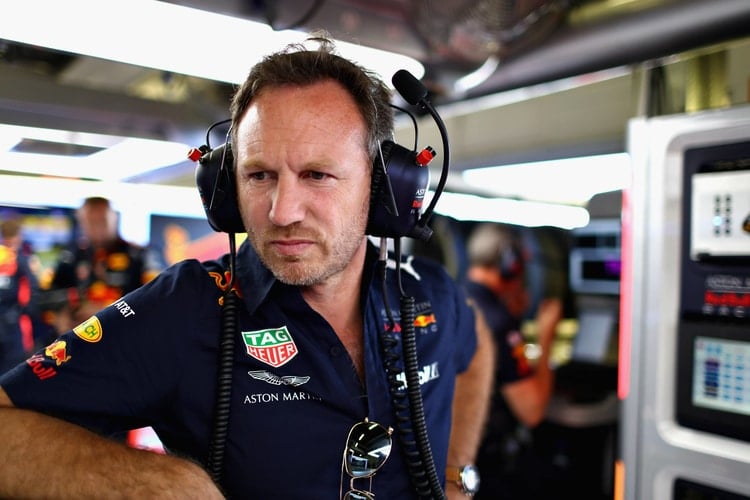 Red Bull were robbed of the chance of scoring a double-points finish due to mechanical issues for the second race in succession. Daniel Ricciardo took fifth place for the team, 9.5 seconds behind victor Sebastian Vettel, but Max Verstappen was forced into retirement with seven laps to go due to a “suspected brake-by-wire issue” that had plagued his car for much of the race. The Dutchman had to turn off his engine when he lost the ability to upshift.

Before his retirement, Verstappen had been running fifth, ahead of Ricciardo. He took advantage of the collision between Lewis Hamilton and Kimi Räikkönen at the start to move up to third position, but could not quell the threats posed by the duo as they made their way through the field.

Reflecting on a frustrating day, Horner said that both of his drivers were “powerless to attack or defend” on the straights.

“Max initially got up to third place from the busy start with Daniel also moving up a place to run in fifth.

“Then after the Safety Car we felt that strategically we made the right call putting both drivers on the medium tyre to the end of the race, though as you could see both of our drivers were unfortunately powerless to attack or defend against our opponents today and we were extremely exposed on the straights.”

Horner found a positive in the closing stages of the race, with Ricciardo able to attack Valtteri Bottas for fourth place as the Finn’s medium compound tyres fell away dramatically, but said that the team suspected that moving forwards would be difficult. With the returning German Grand Prix in two weeks’ time followed immediately by the Hungarian Grand Prix – at a track that famously suits their package – Horner is optimistic that Red Bull can return to challenging the leading pair.

“Frustratingly, Max retired late in the race after a suspected brake-by-wire related issue,” he added.

“In the following laps to the end of the race Daniel was able to put some pressure on Bottas but, as we knew all weekend, our straight line speed was no match for Mercedes or Ferrari.

“Overall it was disappointing not to get both drivers to the finish but we’ll be ready to fight back in two weeks at Hockenheim.

“It was an exciting race for the many British fans here today, and it’s great to see a record crowd at Silverstone.”

The outcome of their ‘second home’ race saw Red Bull lose further ground in the Constructors’ Championship, the Austrian privateer team now stand 88 points shy of the leaders Ferrari and 68 adrift of Mercedes after ten rounds. Ricciardo consolidated his fourth place in the Drivers’ Championship, but Verstappen fell to sixth, behind Bottas, after his retirement.