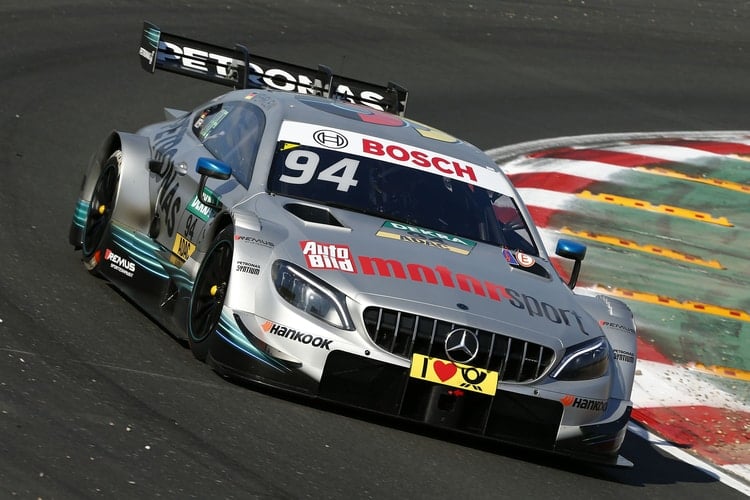 The second DTM Series session at the Circuit Park Zandvoort ended with in a Mercedes 1-2 with Pascal Wehrlein leading championship leader Gary Paffett.

It was a slightly better session for BMW compared with yesterday as they actually had a driver in the top ten.

The session started with Mike Rockenfeller first to get out and to set a time, as he would have been keen to make up lost time from yesterday after ending up in the barriers.

Bruno Spengler was the first to displace the German on top with Augusto Farfus and Loïc Duval taking the position in quick succession.

Eventually it settled on Dani Juncadella who remained there until he too was displaced but this time by reigning champion René Rast.

Rast seizing the advantage was going even quicker to consolidate his position on top.

Green slotted into second just behind his team-mate as the times began to tumble in the latter part of the session.

Lucas Auer soon demoted Green to third after taking second place off of the Briton.

Philipp Eng then went quickest for BMW but it was short lived as Green replaced the Austrian at the top.

Auer was once again back in second place for Mercedes but lost to position to team-mate Paul di Resta.

A yellow flag was brought out after Juncadella beached himself in the gravel with just a few minutes left on the clock.

During this a few drivers were able to improve on their times with Wehrlein snatching fastest right at the end.

The session ended with Wehrlein fastest with Paffett just behind. Green was third, leading an Audi trio of himself, Duval and home favourite Robin Frijns.

Di Rest and Auer ended up in sixth and seventh, with Eng the lone BMW in the top ten eighth.

Second placed man in the championship Edoardo Mortara was ninth with Rast rounding off the top ten.

Last year’s winners Rockenfeller and Timo Glock rounded off the timings in seventeenth and eighteenth.

Qualifying for Race 1 takes place at 11.15 local time ahead of the race getting underway at 13.30.