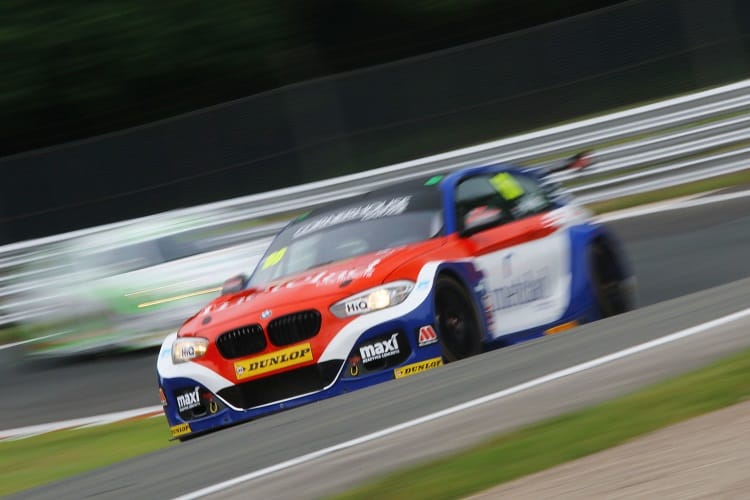 Team Parker Racing’s Stephan Jelley was pleased with his best British Touring Car Championship qualifying of the year after a difficult season so far.

The 36-year-old will line up on the front row of the grid for the first race of the weekend at Knockhill after qualifying just 0.023s behind pole sitter Dan Cammish.

“We’ve been quick here all weekend so it makes a nice change compared to the rubbish we’ve had,” Jelley told the Checkered Flag.

“It’s been good. I’ve just got to turn it into something positive tomorrow.”

Jelley is currently 31st in the championship standings with only a single points finish to his name. He believes the short nature of the Knockhill circuit has worked in his favour, with the BMW lacking straight-line speed.

“Our car’s not particularly good in a straight line. When you’ve got a long straight it doesn’t seem to drag itself along very well. The straights here are not that long so it doesn’t hurt us and the car balance has always been very good. It just handles well and the circuit suits us.”

Rain is expected throughout race day at the Scottish track, which many drivers who have qualified further back believe could work to their advantage, but Jelley is optimistic about his chances in the wet conditions.

“We’ve chosen the soft tyre if it’s dry for race one so that should be really good, and it will be good in slippery conditions as well,” he said.