Turkington looking for more improvements ahead of Knockhill race one 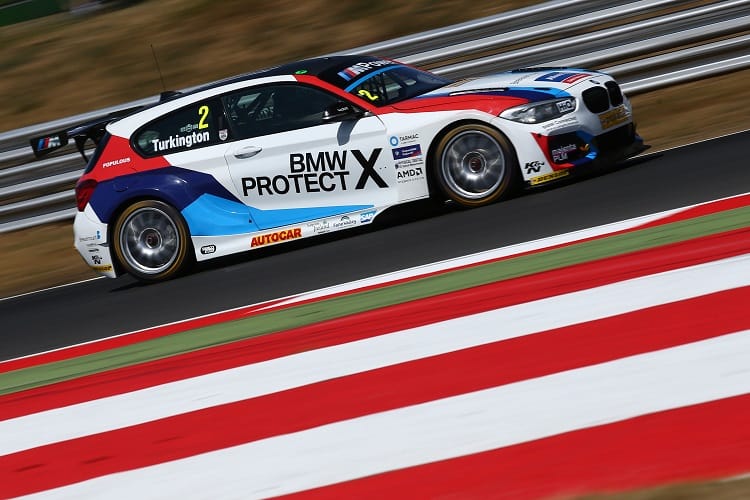 Turkington found pace throughout the day at Knockhill. After only managing 18th and 12th fastest in free practice, he managed to qualify fourth for the first race, ahead of championship rivals Tom Ingram and Ashley Sutton.

But he believes there’s still more to come from his car and hopes to find more pace overnight.

“We’ve improved the car a lot throughout the day,” he told the Checkered Flag. “We need to keep working tonight, but it’s a good day today.

“Track position is important round here so we’ve moving the car in the right direction, so if we can continue to progress I’ll be more than happy.”

Turkington starts alongside team-mate Andrew Jordan, with Ricky Collard – standing in for father Rob Collard – 12th on the grid.

By Samuel Gill
3 Mins read
Senna Proctor has ended a drama filled weekend at Oulton Park with his first race win for BTC Racing in a truncated end to the latest dose of BTCC action.
BTCC

By Samuel Gill
1 Mins read
Rory Butcher has claimed his first BTCC win as part of Speedworks Motorsport in the Toyota Corolla with a dominant display in Race Two at Oulton Park.
BTCC