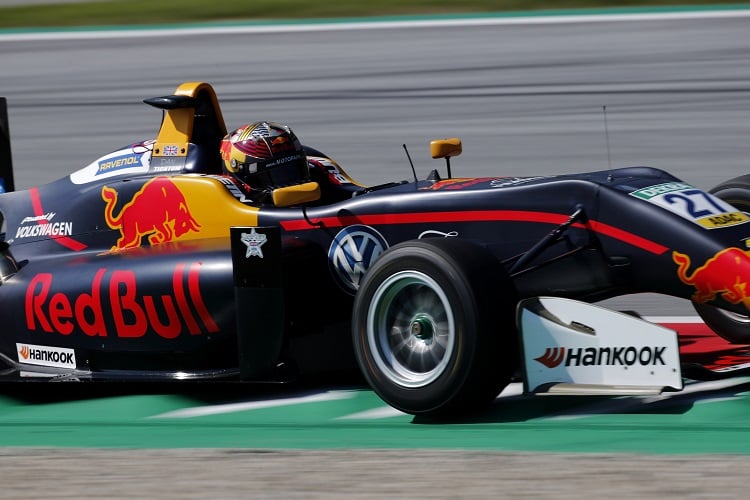 Daniel Ticktum has questioned the recent upturn in form from Mick Schumacher and Robert Shwartzman at Prema Theodore Racing but has stopped short at accusing them of using an illegal car.

The Briton has queried how Schumacher and Shwartzman have seemingly got the jump on everyone at this stage of the season, including their team-mates Marcus Armstrong, Guanyu Zhou and Ralf Aron.  Schumacher has won five of the past six races, while Shwartzman has been on the podium in each of the past six races, including his maiden victory in race three at the Red Bull Ring.

With Ticktum failing to stand on the podium, he saw his three-point championship lead turn into a forty-nine-point deficit to Schumacher heading into the season finale at the Hockenheimring next month, and the nineteen-year-old Red Bull Junior feels no one on the grid has had a chance in the past two rounds in beating either the German or the Russian at the front of the field.

“Compared to the top two no one on this grid had a chance,” said Ticktum on his Instagram page. “Even their other teammates who are good drivers were nowhere compared to them. Interesting is how I would describe their pace and I am confident many people in the F3 paddock will agree.

“I did the best possible as I always endeavour to do! Thank you to the team as always for their hard work. It’s not over until it’s over and I’ll make sure I arrive at the last round in the best shape I can.”

Following a backlash to his post, Ticktum made the move to clarify his statement and dismissed the idea that anything illegal is going on at Prema but insisted that he is on the verge of missing out on the title because his ‘last name is not Schumacher’.

“I have a huge respect for Mick who had dealt with a lot in the past few years,” said Ticktum. “I am simply suggesting that it seems to have come from nowhere? I never said it was illegal.

“I appreciate I have lessons to learn still! I’m not denying that. You don’t know the real story because you are not at the track looking at everyone’s data.

“Unfortunately however I am fighting a losing battle as my last name is not Schumacher.”

Robert Shwartzman and Mick Schumacher have won the past six races between them – Credit: FIA Formula 3 European Championship

Looking at this own weekend, he felt he has his Motopark team were not at the pace they needed to be to be challenging for the race victories, and even a ‘drastic’ change of set-up for race three saw him finish only fourth.

“It was a bit of a down weekend honestly,” admitted Ticktum.  “We did something drastic with the car for the last race and it worked, it needed too but it didn’t save the weekend.

“As conditions changed the car didn’t keep up.  We were out with the pressures, the balance, the grip. I could have done a little better job in Qualifying 1 but honestly, beyond that, I didn’t have the car to do better.”

Ticktum struggled to eighth in race one in Austria before being involved in a crash with Sacha Fenestraz and Jehan Daruvala with two laps remaining of race two that saw the Briton retire with a heavily damaged car.

The final race saw him race from seventh on the grid to finish fourth behind team-mate Jonathan Aberdein, but he admits it was a poor weekend for his championship ambitions, and he knows they cannot afford to drop as many points as they did.

“In the first race we just had no grip from the start in the wet, the pressures were wrong, it came back a bit but too late,” said the Briton.  “Of course, we could have done without the crash in Race 2, I guess it was a racing incident but Fenestraz (Sacha Fenestraz) went off then came back on and you could say he should have been penalised, but the main thing is that everyone was OK. That wrecked the race though.

“So we needed something in Race 3 and the radical changes worked but we can’t say it was a good weekend at all. We can win when we get it right but that’s what we have to do every race.” 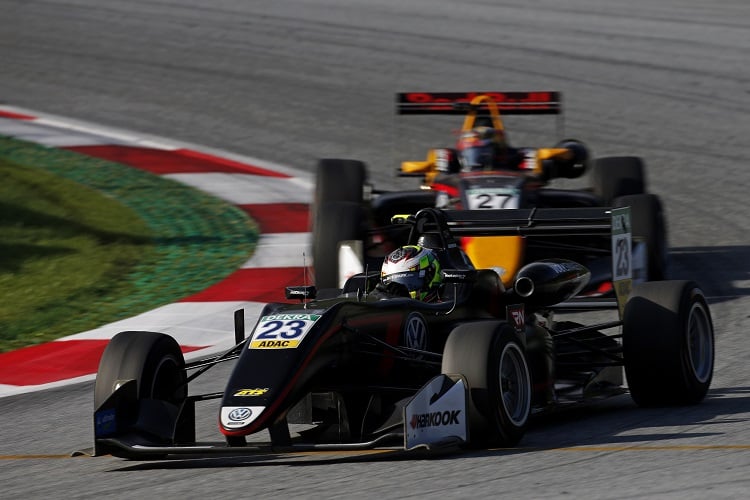 Ticktum was unable to dislodge Jonathan Aberdein for the final spot on the podium in race three – Credit: FIA Formula 3 European Championship