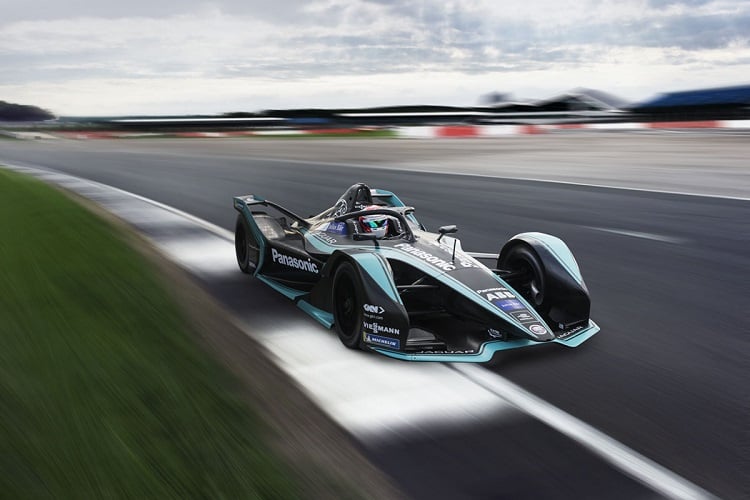 Panasonic Jaguar Racing say they are aiming to fight at the front of the grid this season after launching their season five challenger.

The British team are about to enter their third season in the series, and confirmed that they were retaining their driver line-up from last season of Nelson Piquet Jr and Mitch Evans.

Thanks to this development Jaguar claim the new car is is 25 per cent more efficient than last year’s I-TYPE 2 and produces up to 250kW.

Speaking after the launch Team Director James Barclay said he was looking forward to a more level playing field with the second generation cars being introduced for this season, as it means that unlike previous years his team won’t be playing catch-up with other competitors.

“We expect that the introduction of the new Generation 2 Formula E racecar and revised sporting regulations will result in a very close season of racing,” Barclay said. 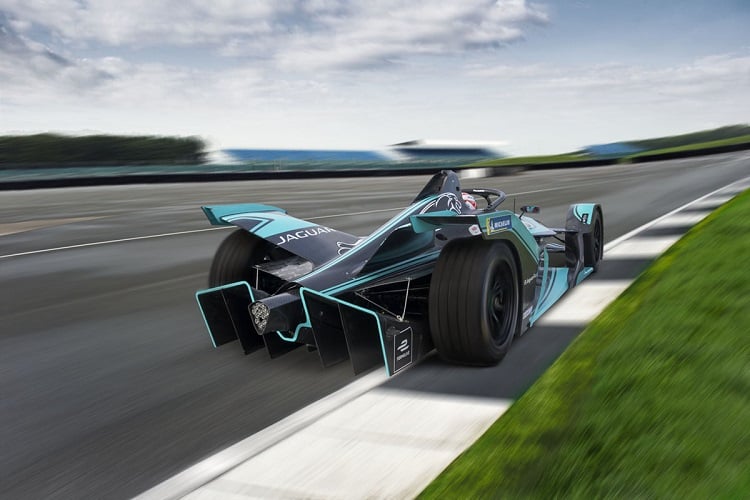 “It effectively means that all teams started from the same point and at the same time. We believe we are the first team to develop our powertrain entirely in-house, this gives us ultimate control in terms of design and development and hope this will put us at a competitive advantage.”

Speaking about their driver line-up, Barclay said, “It’s fantastic to have Nelson and Mitch on board again and ensure consistency in our driver line-up.

“The combined knowledge, experience and speed of both drivers will help us achieve our goal to be in the points in every race and fighting for podiums.”

After a successful season last year driver Mitch Evans is hoping that the new car can build on the progress the team have made, and agrees that the team should be towards the front of the pack when racing gets underway.

“Last season was our best to date and I scored some personal records including our first podium in Hong Kong and pole position in Zurich.

“The team have worked really hard in to make sure the Jaguar I-TYPE 3 will be competitive. We want to be fighting at the front of the grid in every race. We showed signs of this last season and have higher expectations for Season five.”

Piquet Jr meanwhile was looking forward to the new generation of Formula E cars, saying that the increased pace should provide a bigger challenge for drivers.

“Having been in the championship since day one I’ve developed as a driver with the technology and evolution of the Formula, and it’s amazing to see how fast things have changed.

“The Jaguar I-TYPE 3 is a new animal, with its own challenges and intricacies. The new chassis is larger and faster than our previous racecars so it will be very interesting to see how that impacts racing around the tight street circuits.”

By Nick Golding
2 Mins read
Stoffel Vandoorne is on the verge of becoming the Season 8 Formula E World Champion; however, he needs to navigate the season finale Seoul E-Prix to do so.
Formula E

By Nick Golding
1 Mins read
Sam Bird won’t be racing at the Seoul E-Prix after fracturing his left hand on the opening lap of Round fourteen at the London E-Prix.