Mick Schumacher: “We had a great weekend here at Red Bull Ring” 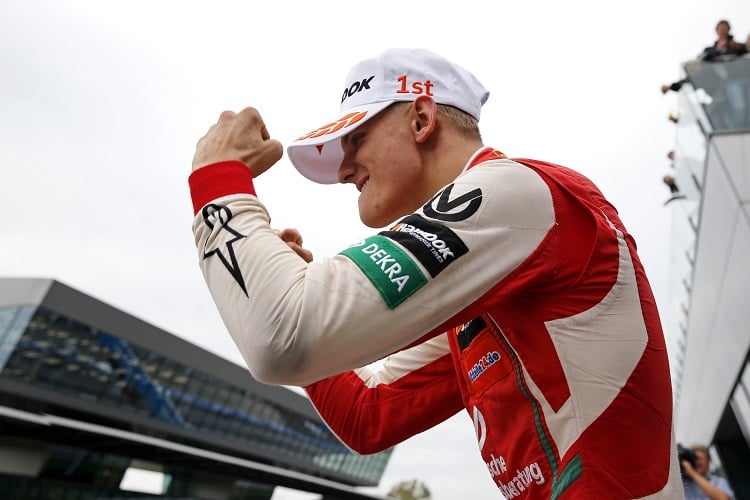 Mick Schumacher could not quite make it a second consecutive hat-trick of victories at the Red Bull Ring last weekend, but the young German stamped his authority on the 2018 FIA European Formula 3 Championship.

Having taken three wins in three races at the Nurburgring two weeks prior, Schumacher started the weekend in Austria with victory in race one, which he followed up with a second win in race two. However he was denied a perfect weekend by Prema Theodore Racing team-mate Robert Shwartzman, who secured his maiden victory in race three after jumping the German at the start.

Schumacher started from pole position for race two and survived two mid-race safety car periods to take his eighth victory of the year, while the race concluded behind a third safety car when main title rival Daniel Ticktum was involved in a crash with Sacha Fenestraz and Jehan Daruvala.

“I had to start from the more damp side of the grid, but I still maintained first place,” said Schumacher.  “Then I tried to build an advantage, which I did at every restart as well.

“Partly, I also was lucky because drivers behind me were fighting. Too bad that the race ended behind the safety car. Nevertheless, I am happy with this win, of course.”

Schumacher started from pole again in the final race of the weekend but found Shwartzman jump him into turn one, but the second-place finish saw him extend his advantage in the standings to forty-nine points over Ticktum, who could only finish fourth.  The one-two for Prema however was enough to give the Italian team the Teams’ Championship with one round to spare.

“Congratulations to the team, winning the teams’ title is great,” said the German.  “Everyone on and off the track has worked hard to achieve this and has done a great job.

Schumacher praised the team for giving him such a good car for a second consecutive race weekend, and it leaves him needing twenty-six points in the final three races at the Hockenheimring next month.

“We had a great weekend here at Red Bull Ring with two wins and a second place, and now we head into the final round of the year with a solid lead,” said Schumacher.

“During the whole weekend we showed great pace again, having an amazing car all the days, and I am very happy for this great team to have secured the team’s championship.”