DTM Confirms 2019 Calendar with Assen and Zolder as New Additions 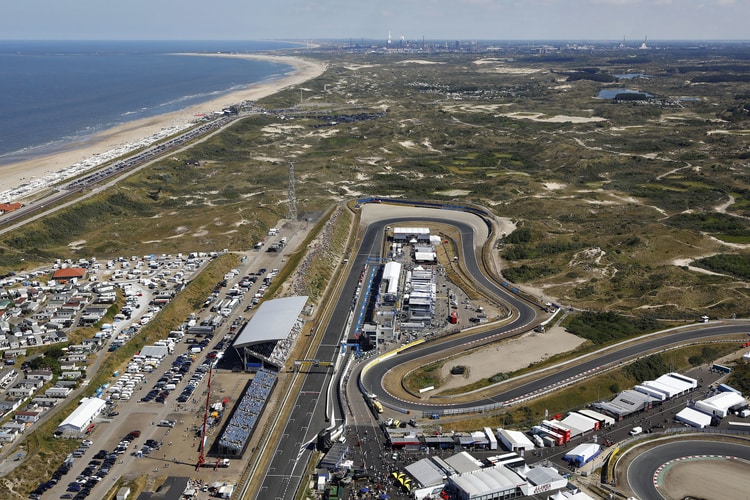 Zandvoort is one of the tracks that will not return in 2019 (Credit: DTM Media)

After the news that Aston Martin are to join the DTM Series, the ITR has today published the calendar for 2019.

It will feature nine rounds, one less than in 2018 and as is tradition will be kicked off on 3-5 May at the Hockenheimring will the finale too taking place there on 4-6 October.

There will be three further rounds in Germany, consisting of the Norisring, Lausitzring and Nürburgring.

As a result, the remaining four rounds will take place across Europe.

Misano which debuted in the series this year, and Brands Hatch which returned after a five year absence both remain on the calendar.

The legendary TT Circuit of Assen will be making its debut, in addition Circuit Zolder will make its comeback.

Zolder is seen as the birthplace of the DTM, as the Belgian track held the very first race weekend back in 1984 of the series that was known as German Production Car Championship at the time.

“In 2018, we returned – after long breaks – to the United Kingdom and Italy – two countries with huge motor-sport tradition and enthusiastic crowds. It’s extremely important for us to keep on gaining a foothold there and increase our fan base.

“I particularly look forward to the DTM debut at Assen’s GP circuit. The Netherlands traditionally have been a constant of the DTM calendar and in 2019 we will hold our debut meeting at the tradition-rich TT Circuit. And the comeback at Zolder, so to speak the ‘birthplace’ of DTM, of course has got a very special charm.”

As a result of these additions, Zandvoort, the Hungaroring and the Red Bull Ring have all lost their places on the calendar.

The official tests prior to the 2019 season will be held 15-18 April at the Lausitzring.

Fans at the finale at Hockenheim this weekend can purchase tickets for the opening round of next year with advance booking for the entire season beginning in November.

Supporting the DTM at its races shall be the inaugural W Series, aimed for young women to compete against one another. These will be initially held exclusively on the DTM support roster.

A new Formula series, will be introduced to replace the current FIA European Formula 3. The series will use the vehicles currently used by European F3.

Porsche Cup will be back in the DTM support after an one-year break. Porsche Carrera Cup Germany will be part of the opening weekend at Hockenheim.

The Lotus Cup Europe will also contest three of its rounds at Assen, Brands Hatch and Nürburgring.

Additional series appearing on the DTM support programme will be announced in due time.

By Paul Hensby
1 Mins read
Nico Müller will not return to Formula E for the remainder of the 2020-21 season as he turns his primary focus to racing in the DTM Series.
DTM

By Mark Cridland
2 Mins read
Whilst the rest of the pack battled for second and third place, the birthday boy thundered ahead to take his first ever DTM win.
DTM

By Mark Cridland
2 Mins read
In the first race of the 2021 DTM season, 19 year old Lawson gives Ferrari their first ever win in the DTM.