Frijns confirmed alongside Bird at Virgin for season five 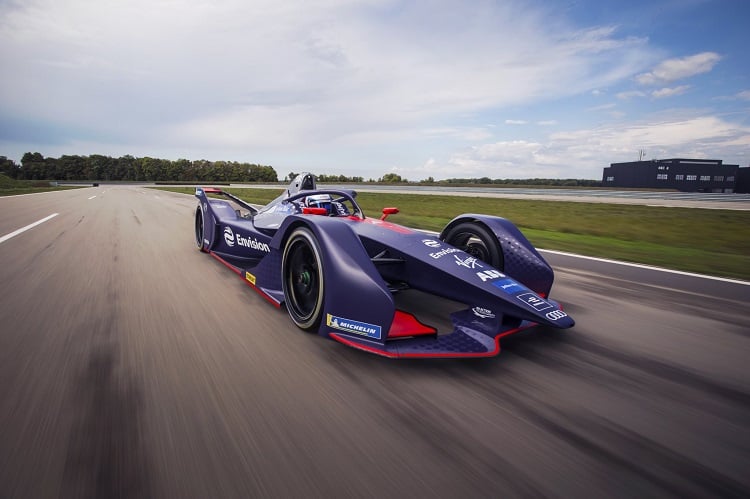 Robin Frijns will make a return to Formula E after being chosen to partner Sam Bird at the rebranded Envision Virgin Racing.

Despsite some strong showings in the series Frijns was left without a drive last season after the Andretti team was taken over by BMW, who refused to hire the Dutchman due to his commitments with rival manufacturer Audi.

But at the launch of the Gen2 car this morning Virgin announced that they had hired Frijns to replace Alex Lynn at the team, with Bird continuing his association with the British squad having driven for them for every race in the championship so far.

Speaking at the launch of the new car this morning, Frijns said, “I’m very excited to be returning to Formula E with Envision Virgin Racing.

“It’s great to be joining such a strong team and with the work we’ve already completed, it’s clear we have a very good package.

“We now look ahead to pre-season testing, where we’ll be able to better gauge our on-track performance.”

Season five will also see Virgin compete as a non-manufacturer for the first time after they ended their association with DS Motorsports.

Instead they will act as a customer using the Audi powertrain, regarded to be the best on the grid towards the end of last season.

Bird said he was looking forward to continuing his stint with the team, and was eager to see what they could achieve this year having taken the driver’s championship down to the last races in New York last season.

“It’s great to be remaining with the team for a fifth season,” Bird said. “The relationship we have developed over the last 45 races has been incredible and I’m excited to see it continue to strengthen.

“Season five is a new era for every team – with the introduction of the Gen2 car – but particularly for us, as we are now joined by Envision Group.

“The team has worked tirelessly over the summer and are ready to return to the track for pre-season testing.”

By Paul Hensby
1 Mins read
McLaren’s participation in Formula E in 2022-23 remains in limbo, particularly after the announcements by Audi and BMW that they will be withdrawing from the championship.