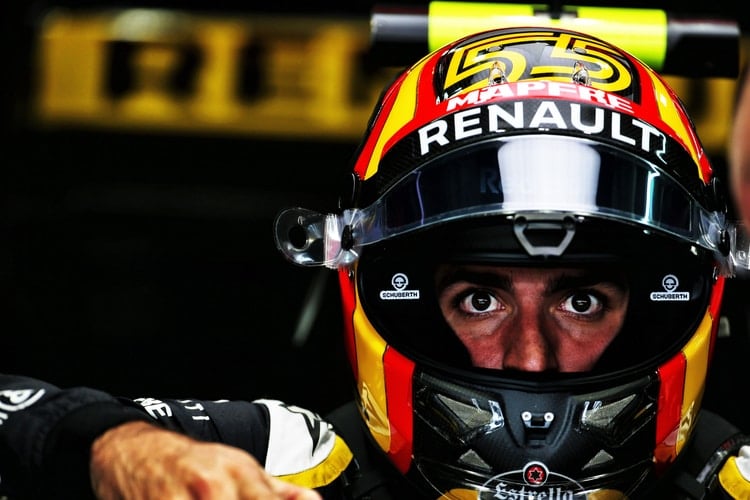 Ahead of his final race with the Renault Sport Formula 1 Team, Cyril Abiteboul has paid tribute to Carlos Sainz Jr.‘s “contribution to Renault’s journey” since his arrival late in 2017.

Sainz Jr. joined the French marque on loan from the Red Bull programme, replacing Jolyon Palmer from the United States Grand Prix onwards, after publicly expressing his frustration in a lack of opportunities with senior side Aston Martin Red Bull Racing throughout 2017. Sainz Jr. moves on to the McLaren F1 Team to partner Lando Norris for 2019, with Daniel Ricciardo moving to Renault from Red Bull on an initial two-year deal.

“Of course, Abu Dhabi will be Carlos’ final race with us,”  said Abiteboul.

“His contribution to Renault’s journey in Formula 1 over these 14 months has been very positive and we are extremely thankful for what he has achieved.

“Carlos is as good outside of the race seat as he is behind the wheel and he’s been a credit to the team. After the race we will wish him every success for his future.”

Sainz Jr’s 45 points, alongside team-mate Nico Hülkenberg‘s total of 69, have helped Renault adopt a very strong position  heading into this weekend’s season finale in Abu Dhabi. For the first time since their return as a works team in 2016, the team look set to secure a top four finish in the Constructors’ Championship. The Haas F1 Team stand as their closest rivals, 24 points behind.

This comes even after a disappointing Brazilian Grand Prix just over a week ago, where Hülkenberg retired and Sainz Jr. finished in twelfth. Abiteboul said that the Brazil weekend will not play on Renault’s minds, after a strong showing in the United States and Mexico – picking up 22 points across the two weekends.

“We head to Abu Dhabi on the back of a disappointing performance in Brazil, especially after our solid races in the United States and Mexico,” he added.

“As always, we picked ourselves up and dusted ourselves down and we’re fully focused on the task that lies ahead. This final race of the season is very important for the team. There’s still a job to do in Abu Dhabi and we expect to finish the season as we started it in Australia; with both cars competitive and inside the top ten.”

Looking beyond Formula 1, Renault young driver Anthoine Hubert faces the possibility of taking the GP3 Series crown. The young Frenchman holds a 32 point advantage over his ART Grand Prix team-mate Nikita Mazepin with one round remaining. Abiteboul said that taking the title would be an “excellent achievement” for both Hubert and the Renault academy.

“Across Renault Sport Racing, we have some of our young drivers back racing after a long break,” Abiteboul continued.

“We will be keeping an eye on the GP3 Series, in particular, as Anthoine Hubert aims to lift the Drivers’ Championship. This would be an excellent achievement both for Anthoine and our young driver programme.”