Formula 1 was not in rude health when it was acquired by Liberty Media in 2016. TV stations were haemorrhaging viewers all over the world, backmarker teams were facing extinction and an imperious Mercedes squad had relegated the title chase to an entirely internal affair. There was a bitter taste in the paddock, a quiet acknowledgement of the deep structural issues the sport was facing.

At the core of F1’s many issues was an inherently flawed sporting and technical blueprint, one that stacked impossible odds against the smaller teams and, unsurprisingly, the paddock’s bigger turkeys never felt inclined to vote for Christmas. The loss of Manor from the grid ahead of the 2017 season should have been a wake-up call; it wasn’t. The 2017 aerodynamic regulations (which largely came about thanks to the efforts of the Red Bull technical lobby) would open a vast chasm between the top three teams and the midfield and result in a 47% reduction in overtaking.

Against this backdrop, the audience-minded manifesto of F1’s incoming administration seemed well-intended but impossibly naïve and optimistic. Liberty’s vision for the sport’s 2021 rebirth sounded very exciting but obstructing the path to the new F1 was a paddock full of crystallised political obstinance and self-interest. And yet, any scepticism about the fate of the new administration’s plans would soon recede as a familiar if newly heroic silhouette quietly reappeared.

When Ross Brawn returned to the F1 fray as the sport’s new motorsports director, it was almost as if there was a red cape billowing behind him as he did the rounds in Barcelona testing last year. As the ultimate ‘poacher turned gamekeeper’ (a term used so exhaustively it has become rather nauseating), Brawn was uniquely qualified to break the paddock stalemate and usher in new era of strategically-minded technical and sporting regulations. He would immediately become F1’s anointed saviour; the man destined to restore the wheel-to-wheel spectacle and ensure the sustainability of the sport’s technical blueprint.

Brawn spent the first year of his return wholly justifying the enormous expectations now placed on his shoulders. As co-author of Total Competition – Adam Parr’s superb paragon of F1 sporting strategy – Ross would introduce an entirely new approach to the previously ungainly process of F1 reform. Having politely disparaged the muddled reasoning behind the 2017 regulation changes, Brawn would start assembling a crack team of former paddock stalwarts to start researching how best to change the cars and engines going forward. 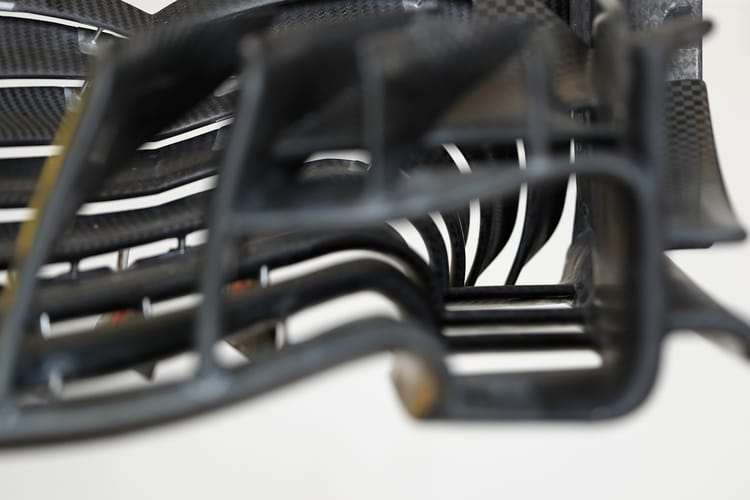 In direct contrast with the ham-fisted efforts of old Overtaking Working Group, the likes of Pat Symonds and Steve Nielson epitomised the expertise of what was fast becoming one of the most comprehensive R&D projects in F1 history. It did not look like a programme destined to repeat the mistakes of the past; as major regulation changes in 2009 and 2014 both epically failed to meet principal goals.

Whilst Ross kept a tight lid on his work behind the scenes, what little emerged sounded very promising indeed. Power units were set to become more affordable, aided by some standardised components whilst a manually deployed MGU-K created the prospect of exciting LMP1-style boost-assisted racing. Ross also shredded prevailing motorsports orthodoxy by rejecting the claim that the racing improvements would necessitate a cut in downforce whilst also expressing his desire to scrap DRS. F1 it seemed was going to have its cake and eat it.

The fans’ appetites were wetted further when a potential cost cap was giving top billing during Brawn’s first official summit with the teams in Bahrain this year. The fact Ross had put the most important but most politically toxic item right at the top of the agenda from the outset was a striking marker of the grand and ambitious vision he was pursuing.

Even Ferrari’s attempt to railroad the debate by threatening to withdraw from the sport couldn’t undermine the quiet consensus building around the need for the kind of longsighted, common sense reforms Brawn was suggesting. Suddenly, the paddock’s chief powerbrokers were struggling to publically justify such flagrantly self-interested agendas. Ross Brawn was fast becoming the figurehead of one of the most meaningful revolutions in F1 history.

However, six months after that fantastically encouraging Bahrain conclave, Brawn’s red cape is flying rather more limply. Liberty’s grand vision for the next F1 epoch has been bruised and bloodied by several key setbacks. The leak of prospective chassis renderings was met with a lukewarm response; with Ferrari disparagingly comparing them to an old Champ Car, and many teams questioning how representative they would be of the final aesthetic. Also, despite some of Brawn’s aerodynamic findings being implemented in the form of new slimline front wings for 2019 (wings that would receive an emphatic public rebuke from Red Bull team principal Christian Horner), CFD projections are reportedly already putting some teams at 2018 downforce levels.

However, unquestionably the biggest blow was the news that no new manufacturers will be joining F1 ahead its 2021 relaunch. The news came in spite of the fact that power unit blueprints were being conceived in close counsel with prospective new suppliers like Aston Martin. For a sport warily watching global manufacturers flock to Formula E, this failure represented a significant defeat.

It now seems almost inevitable that F1 won’t see any kind of power unit change until at least 2023, in the hope that the extra two years will allow more time to square the circle between affordability and incumbent manufacturer investment. For a man that had always emphasised the importance of power unit changes on the improvement of the wider formula, this had the feeling of a symbolic setback for Brawn. Certainly, Liberty’s hope that 2021 would mark a clean line in the sand now appears to be unlikely.

However, on a more encouraging note, the prospect of a cost cap remains a central thread of paddock debate; indeed the potential disruption of a redesigned power unit alongside spending restrictions has become the main argument in favour of deferring the changes. Certainly, this sickly cocktail of fudge and delay would be reminiscent for anyone closely following the UK’s Brexit negotiations, but Ross Brawn appears to be on better terms with his negotiating partners than Theresa May!

Indeed, the most unequivocal decree of any form on power unit matters, in fact, came from the sport’s governing body, with FIA president Jean Todt arguing that “global society would not accept” a potential return to naturally-aspirated engines. The advantages of an engine rollback in cost and reliability had led many to speculate that Liberty might call for a V8/V10 revival, with many fans and pundits alike still gunning for a return of the screamers of yesteryear. For a sport plagued by rampant unreliability, absurd grid penalties and ridiculous competition costs, a move to cheaper, louder and more reliable engines might have seemed like the obvious decision.

Ross would probably agree, and if a unilateral decision had been in his gift he doubtlessly would have put the option on the table. However, instead he must walk a precarious tightrope between respecting the investment of the incumbent manufacturers, satisfying the FIA’s ‘road relevance’ fetish and creating a fairer, more affordable formula for the smaller teams; and that is without considering the needs of the fans. The only way to go for Ross has always been to listen, and at every juncture, Brawn and his team have been clearly keen to listen to the concerns of the various parties. His willingness to delay the introduction of power unit changes, conscious of costs inflicted by the new design parameters, is a case in point.

Ross Brawn remains the man who can deliver F1’s much-needed revolution, but if the past six months have shown anything it’s that he faces an uphill battle against a paddock bloated by money and power. The polite, diligent manner in which Brawn has reentered the fray has been effective in setting out his stall as the sport’s reforming figurehead, but going forward Ross will need to rediscover his old team principal steel if he is to break the inevitable deadlock over the future direction of F1.