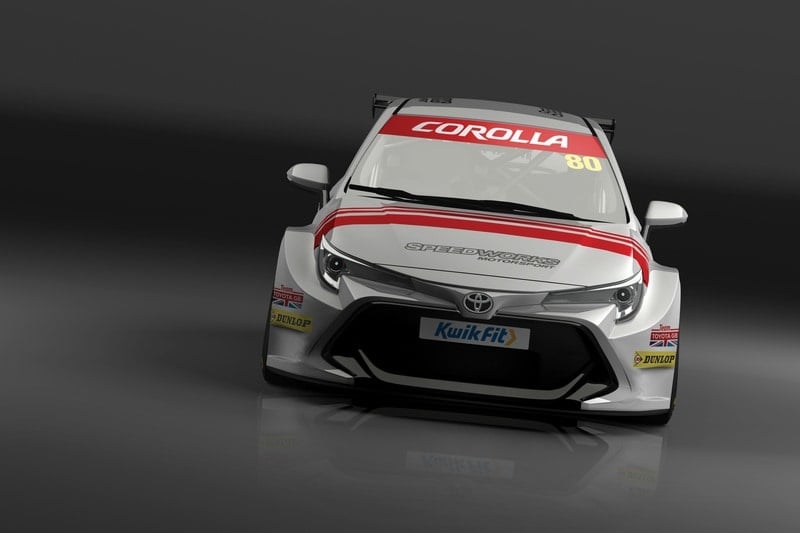 This deal also sees Speedworks wave goodbye to the Toyota Avensis it has used since 2011 and turn towards the 2019 Toyota Corolla for Tom Ingram to mount a title challenge.

Speedworks Motorsport have been gaining a reputation in the championship as a giant killer in regards to race wins and title assaults in the previous two seasons. Tom Ingram came within just twelve points from claiming the overall drivers title in 2018 and this undoubtedly caught the attention of Toyota GB who now return as a manufacturer entry to the BTCC for the first time since 1995.

2019 will be a development year for the Corolla before the option to become a two car squad in 2020 opens.

Team Principal Christian Dick spoke of how this fantastic news for Speedworks was a long time coming,

“We have been speaking to Toyota GB on-and-off for the past couple of years, establishing an ever-closer relationship and nurturing that bond through our common passion for motorsport, engineering excellence and, ultimately, success.

“To now have them officially on-board is fantastic news, and will enable us to take that final step to really push for the overall BTCC title.

“The intention is to develop the new Corolla in 2019 before building up to a two-car assault in 2020. We feel we have proved what we are capable of on the Independent scene and we are well aware that the BTCC Manufacturers’ battle is another level higher again, but as a team, we are ready to pitch ourselves against the very best in Britain and – with Toyota GB’s backing – we are confident of doing just that.”

Andrew Cullis who is the marketing director of Toyota GB is looking forward to possible success with the Speedworks squad,

“Bringing the Corolla name and Team Toyota GB back to the British Touring Car Championship in 2019 is a great way of helping us launch this important, all-new British-built car.

“Speedworks Motorsport and Tom Ingram have a winning track record and we look forward to working with them throughout the coming season.”