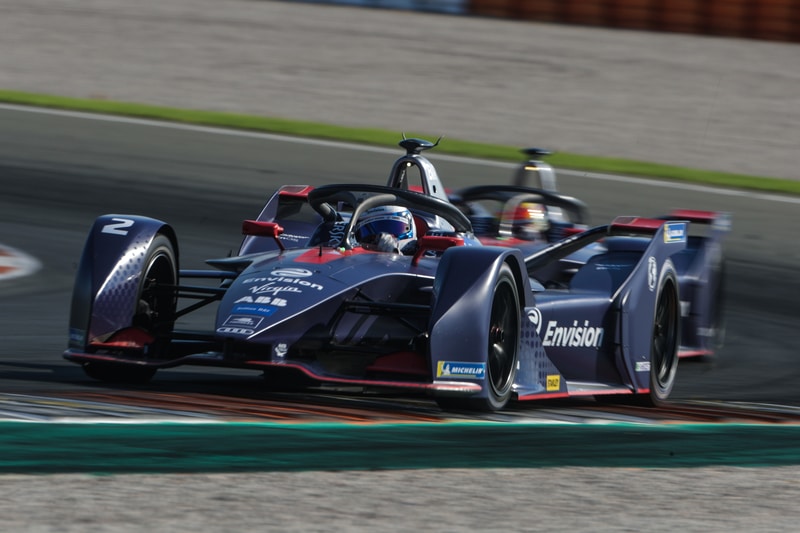 Following much anticipation, work and preparation, the 2018-19 ABB FIA Formula E Championship will get underway at Riyadh this Saturday, 15 December, and as one of its founding teams, Envision Virgin Racing say they are excited and ready for the challenge ahead.

The team retain driver Sam Bird, who will be entering his 46th Formula E start and for Virgin Racing. He will be joined by the rapid Dutchman, Robin Frijns, who will be returning to the series after two seasons in the championship with Amlin-Andretti. Both will be hopeful of a strong season in the championship ahead and with a customer Audi powertrain powering them this season, much is expected for the season ahead.

The two drivers were excited and ready for the first round of the campaign in Riyadh.

“I still find it hard to believe next weekend is going to be my 46th Formula E race!” said Bird. “Having said that, I’m just as excited as I was ahead of the inaugural race in Beijing four years ago as it signals the start of the next chapter in electric racing.

“Since the summer, the team has been working so hard to get everything prepared for the opening race. Pre-season testing showed this series is even more competitive than ever, and with a new race format and elements like Attack Mode to contend with, it’s certainly going to be a challenge.

“However, it’s one the whole team is looking forward to an I know Robin and myself can’t wait to get behind the wheel and see what we can do.”

“We’ve just completed three days of simulator work which has gone well, and the track looks good, but for sure it’s going to be an interesting first round for everyone with so many new elements to get on top off. Either way, it should be a great spectacle for the fans.”

The opening round of the season will take place on the all-new 2.49 km 21-turn Ad Diriyah racetrack for the inaugural Ad Diriyah ePrix in what will be the first race for the Gen-2 cars.

Sylvain Filippi, Managing Director and Chief Technology Officer at Envision Virgin Racing is hopeful of their prospects for the weekend, saying: “As a founding and one of the most successful teams in Formula E, it’s exciting to be heading into the next generation of the championship.

“As well as a new car and new race format, it’s also a new identity for the team with our new majority team owners Envision Group, together with a growing list of new partners and one more still to be announced. We’re all excited about the opening race and the season ahead and hope we can enjoy a strong weekend.”

After the first race will follow a vital test for all the teams and drivers, with Virgin fielding 18-year old Emirati female racer Amna Al Qubaisi, which will offer the chance to prove herself as part of a Formula E-wide initiative to provide female drivers with the opportunity to test FE machinery.

Wehrlein confirmed at Porsche for next season