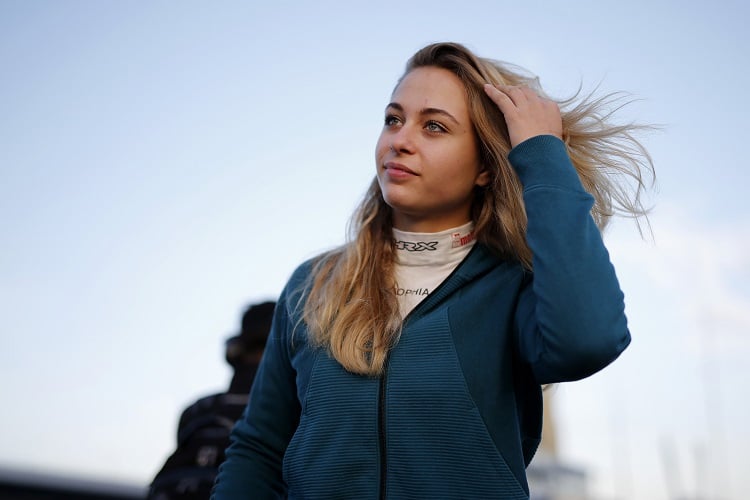 Sophia Flörsch says she will race in the Formula European Masters championship in 2019 and remain with the Van Amersfoort Racing outfit that provided her with her Formula 3 debut in 2018.

The eighteen-year-old German is currently recovering from injury after her horror crash during the Macau Grand Prix in November but feels remaining with Van Amersfoort Racing is the perfect fit for her and she wants to be able to ‘celebrate successes’ with the team in 2019.

Flörsch scored only one solitary point during her rookie season in the FIA European Formula 3 Championship, which came as a result of a tenth-place finish in race two at the Red Bull Ring but is eyeing progress and success with Van Amersfoort Racing in 2019.

“I am convinced that the Formula European Masters is the perfect race series for me,” said Flörsch.  “The car is fantastic. It offers young drivers the opportunity to learn a lot.

“This is demonstrated by history. After all, countless racing drivers learned their trade in these cars and their predecessors to make it to the top categories of motor racing, afterwards. And the DTM environment is fantastic!

“I love to keep on competing for Van Amersfoort Racing as I feel really comfortable in the team.  It certainly wasn’t easy at the beginning as I had absolutely no Formula 3 experience. But they taught me a lot and now I want to celebrate successes with them.”

Flörsch becomes the second driver to join the rebranded Formula European Masters, which is replacing the FIA European Formula 3 Championship in 2019, with the Red Bull-backed Japanese driver Yuki Tsunoda having been confirmed to race for Motopark.

Series officials are expecting at least sixteen entries for the season, with Van Amersfoort Racing and Motopark being joined on the grid by Double R Racing, Fortec Motorsports, Jo Zeller Racing and Mücke Motorsport, all of which at some point were competitors within the FIA European Formula 3 Championship.

By Paul Hensby
1 Mins read
Sacha Fenestraz’s failure to finish inside the top three in the FIA European Formula 3 championship in 2018 has cost him his place in the Renault Sport Academy.