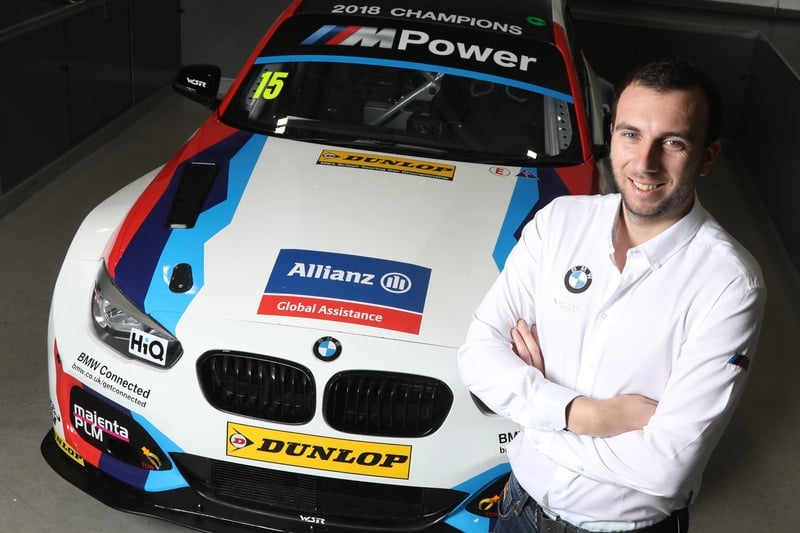 Making his début for the championship in 2018, the former Ginetta GT4 Supercup champion drove a Mercedes A-Class for Ciceley Motorsport and started showing flashes of strong pace as he gathered up twelve points scoring finishes throughout the year. The twenty-eight year old also set his maiden fastest lap during the final race of the season at Brands Hatch.

Tom spoke of his delight at the deal to take him to one of the BTCC’s most successful teams,

“It’s truly a dream come true to become a West Surrey Racing driver in the British Touring Car Championship in 2019.

“Ever since I started looking at the BTCC as an option in my career, I knew that WSR and BMW were the package I wanted to be part of.

“A lot of drivers have enjoyed success with WSR during their time in the BTCC and I don’t plan to be an exception. I have clear targets for 2019; I want to take overall wins and podium results, finish in the top ten in the points and compete for the Jack Sears Trophy.”

Meanwhile WSR Team Principal Dick Bennetts is confident that his new driver will be a success for his organisation,

“We’re very pleased to be able to announce Tom as the first member of our 2019 line-up.

“We have a long history of working with young drivers and turning them into front-runners and champions, and we’re sure Tom has all the right attributes to achieve his potential with us.

“We were impressed with him in the BTCC support categories and the speed he showed in his rookie season in 2018 has convinced us that he’ll be the ideal driver to help us push on and achieve our aim of even more success in 2019.”