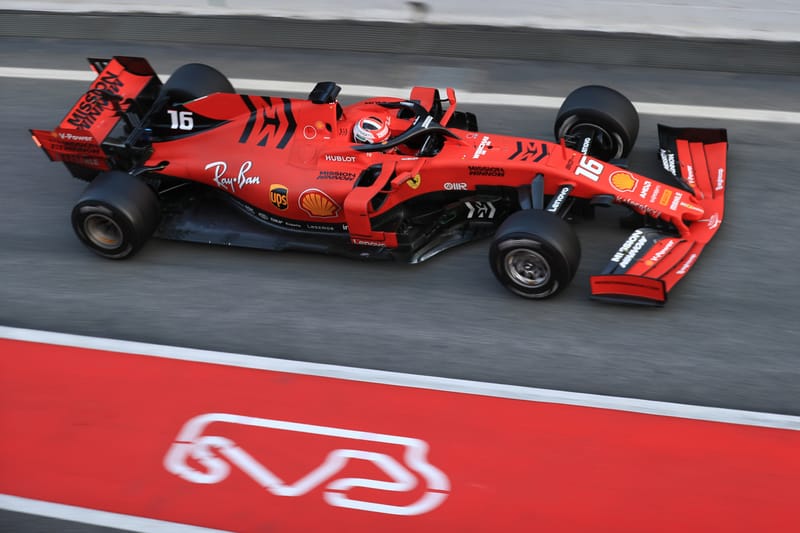 Perhaps never have so many laps produced so few conclusions. The teams covered a whopping 12,349 miles across four days of reliable running in fair weather. That compares to a week of almost meaningless running between the snow and ice during last year’s rather wintry first test. However, even with such a bumper crop of laps, it was difficult to make any solid predictions about the pecking order. Whilst Ferrari appeared to blast out of the gates with impressive speed and impeccable reliability – the paddock has been particularly cautious in naming the Scuderia the early favourite.

A new brace of tyres and a new batch of aerodynamic regulations only further confounded the historically speculative task of analyzing testing. Whilst in previous years eager journalists have been able to deduce a half representative running order from long-runs and the pained expressions of struggling teams – there were very few tales of woe from a such a productive first test. Except of course for one…

Claire Williams could have chosen to shrug off the fact that the team missed the first two and a half days of testing. She could have pointed to Force India, who missed two of the three pre-season tests in 2015 and still went on to achieve solid midfield results. However, instead, Claire admitted she was “embarrassed” and disappointed she could not announce the arrival of a new driver line-up and a new title sponsor with more aplomb.

What in historical terms is arguably not a big deal for a team’s competitive prospects across a season became the latest subplot in a growing sense of crisis surrounding Williams. The paddock even began to speculate about the immediate future of technical director Paddy Lowe; thus completing the F1 crisis checklist. It is premature to make any conjecture about how Williams will fare on-track in 2019, but a day and a half spent trundling around seconds off the pace with a visibly underdeveloped car does not bode well… 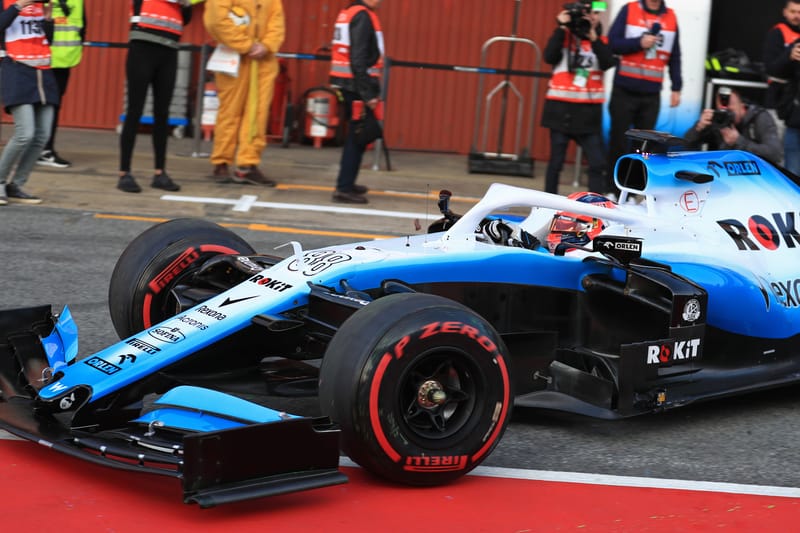 Away from a rather ambiguous competitive order the incredible reliability of almost all of the cars was the central theme of the test. In the fifth year of the hybrid era, the 12,349 miles covered resulted in just a handful of on-track stoppages. The only persistent offender was the Haas – which suffered three breakdowns on Wednesday due to electrical niggles.

Also, much as the reliability of the Honda was an unexpected surprise twelve months ago, the Japanese power unit again produced an impressive mileage tally. In supplying two teams for the first time since its return to F1, Honda racked up 2,768 miles across 957 laps – prompting an air of quiet optimism from Red Bull. Mercedes’ typically metronomic approach to testing saw it top the team lap charts – albeit only eclipsing Ferrari’s 598 lap total by twelve laps.

Ferrari has been the irrefutable headline team of the first test. The eye-catching laptimes in the opening days were an initial distraction from the supreme stability and grip the SF90 was showing trackside. From the outset, Ferrari’s 2019 car showed immense speed, spotless reliability and a drivable, pliable platform for the drivers.

Albeit resisting the urge to do a performance run on the final day, Charles Leclerc‘s best lap of a 1m18.046s came at the start of a hugely impressive 14 lap run on the medium C3 tyre. A blistering pace on-track has gone hand-in-hand with a sunnier disposition off-track, as Ferrari appeared visibly buoyed in the promising first days of Mattia Binotto’s premiership. As the week went on a louder paddock consensus pointed to Ferrari as the early frontrunners – and that was before Pirelli produced data that suggested Ferrari’s advantage might be as much as half a second. Not that Mercedes has offered much to compare it to…

In previous years the gratuitous sight of the Mercedes at the top of the lap count but at the foot of the speed traps was an ominous display of a team content to sandbag. In 2015, no doubt bored of the smoke and mirrors, the Mercedes of Nico Rosberg inadvertently topped testing by 1.2 seconds. The pattern again continues in 2019 with the Mercedes having scarcely broken the 200mph mark in the speed traps but having racked-up more mileage than any other team. 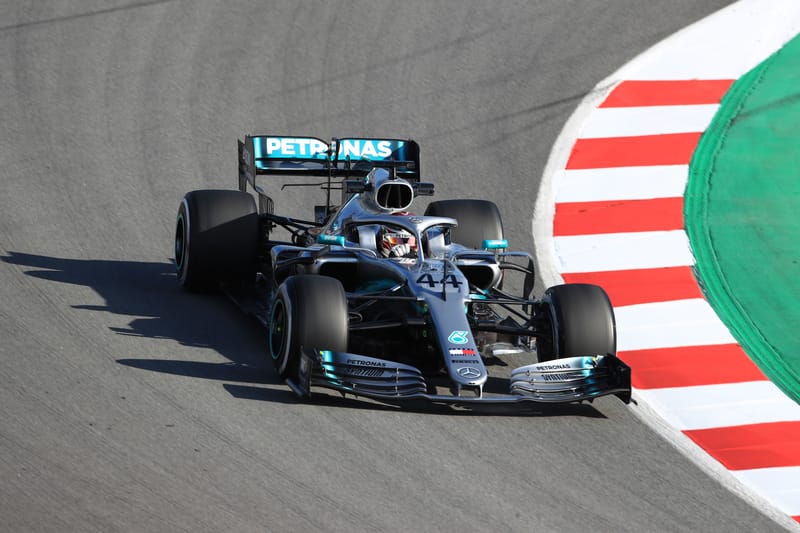 And yet, there is no longer any guarantee that Mercedes will simply light the afterburners come Melbourne. Ferrari’s vast gains in engine performance over the past year and Mercedes’ decision to pursue a more conventional approach to the new front wing regulations are certainly valid reasons not to assume that the team will take its customary slot at the head of the field. Not that Mercedes has shown enough of their hand to rule them out yet…

With a driver line-up mixing youth and experience, an aggressive car design and an iconic new name, Alfa Romeo Racing’s test debut was surely the most intriguing subplot from the midfield. The Alfa C38 looked very strong indeed on-track – with an onboard lap released by FOM (Kimi Raikkonen’s 1m17.762s which topped the timings on Wednesday) showing a car with immense front-end compliance and drivability.

Whilst subsequent C5 performance runs from the Toro Rosso pair and Nico Hulkenberg rather stole Raikkonen’s thunder, the Alfa certainly appeared to have the performance to run with the tight midfield pack. Elsewhere McLaren’s unsurprisingly subdued performance was in keeping with the team’s calm and diligent approach to the long road back to competitiveness. Force India’s official rebirth wasn’t perhaps the auspicious occasion it should have been, as Racing Point struggled to match other teams both in terms of mileage and on the stopwatch.

Be it returning from the driver scrap heap, stepping up from Formula 2 or making a fairytale comeback from a life-changing injury, the first test of an intriguing new season saw a raft of new drivers plying their trade with varying results. Alexander Albon’s first corners as an F1 driver didn’t go to plan – finding the gravel at Turn 4 on his very first lap. However, having chalked up that spin as a “steering issue” Albon proceeded to lap quickly and confidently – ending the test second fastest on a 1m17.637s having completed 268 laps. Impressive.

Elsewhere, but for a minor indiscretion at Turn 5, Lando Norris went about McLaren’s test programme with the same quiet professionalism that has characterised his previous test performances. Daniil Kvyat and Antonio Giovinazzi both produced flashes of speed as Toro Rosso and Alfa Romeo look set for a midfield tussle. Unfortunately, Williams’ frustrations resigned the huddle of Robert Kubica fans to a few glimpses of their hero, with reigning F2 champion George Russell also limited to just a handful of laps.

By Paul Hensby
1 Mins read
The Ferrari drivers are looking for further improvements this weekend at Portimão as they look to finish their lacklustre season on a relative high.