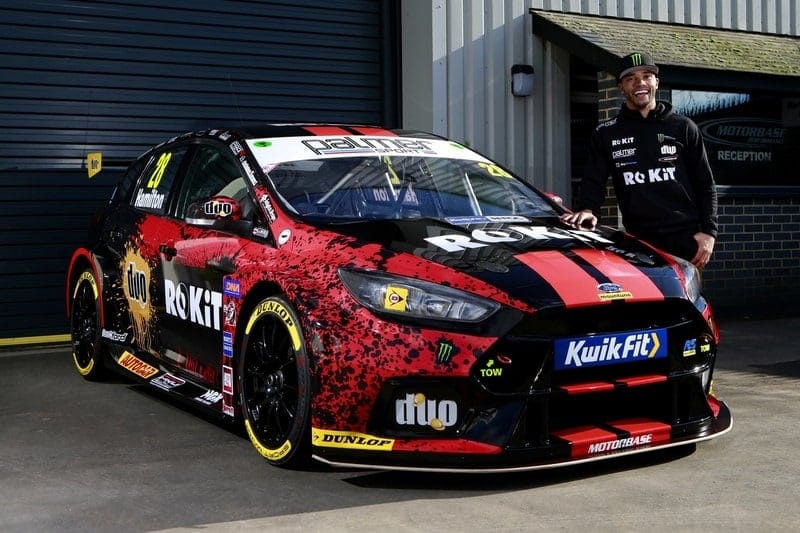 Nicolas Hamilton has been confirmed as the third Motorbase Performance driver for the 2019 Kwik Fit British Touring Car Championship racing a Ford Focus RS alongside Tom Chilton and Ollie Jackson.

Backed by new Williams Formula One team title sponsors ROKiT. Brother of five-time F1 World Champion Lewis Hamilton, Nic will make his return to the championship for the first time since 2015 when he took part in twelve rounds for AmD Tuning.

Most recently, Nic has taken part in the Renault UK Clio Cup driving for WDE Motorsport the past couple of seasons.

Due to his Cerebal Palsy, Hamilton’s Focus RS will be modified to accommodate his disability and his team plan to go testing mid-february to give all three cars a shakedown.

Speaking of the deal, the twenty-six year old said. “I cannot actually believe that I will be back on the BTCC grid this year. I have been in and out of different series since I started racing due to a lack of funding and general support.

“A lot of people assume that due to my name, I will have all of the funding in the world, but this could not be any further from the truth. I have been on my own for the past six years, grinding away, trying to get a full season under my belt with all of the support I need.”

Motorbase Team Principal David Bartrum is pleased to have Nic join the squad. “I’m looking forward to Nic joining us in the BTCC.

“He brings a different type of journey for us to go on with him. He also brings with him a steely determination, a willingness to learn and a craving to succeed.

“We have a very good pre-season test schedule to give him time to acquaint himself with the team and his new car to give him the best chance possible.”