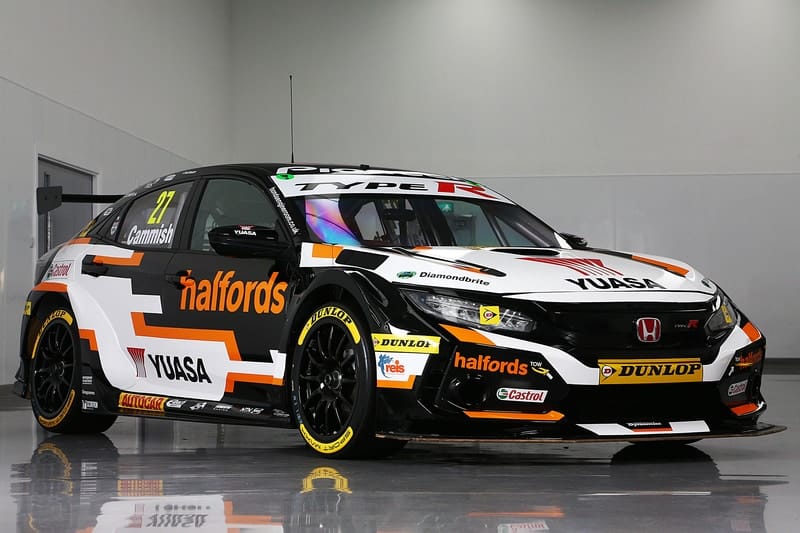 Retaining the same driver line up of Matt Neal and Dan Cammish from last season, Halfords Yuasa Racing have worked hard over the Winter to develop their FK8 Honda Civic Type R in preparation for 2019. Nobody can afford to sit still in the BTCC and Team Dynamics are canny enough not to be left behind.

With four wins in what was a brand new car last season, expectations are high following a superb developmental year. The new livery being the visual icing on the cake in order to make the car a more attractive proposition.

Both drivers are already enamoured to the colour scheme with Matt Neal saying, “The new livery on the FK8 looks awesome, having had a hand in the design process I’m really happy with the final results.”

Dan commented, “When I saw the livery I thought that will look awesome on track and on the TV, a real stand-out design. I can’t wait to get out testing in the car tomorrow at Donington.”

Chilton signs for Ciceley Motorsport to partner Morgan for 2021 season

By Samuel Gill
1 Mins read
Ciceley Motorsport have announced that Tom Chilton will partner Adam Morgan in a two car BMW assault in the latest driver announcement for the 2021 BTCC season.
BTCC

By Samuel Gill
1 Mins read
BTCC organisers TOCA have revealed that all 29 TBLs have been allocated ahead of the 2021 season with a full grid set to return.
BTCC

By Samuel Gill
2 Mins read
A new chapter awaits for Motorbase Performance with Shaun Hollamby and Pete Osborne acquiring the team from long-time Team Principal, Dave Bartrum ahead of the 2021 season.