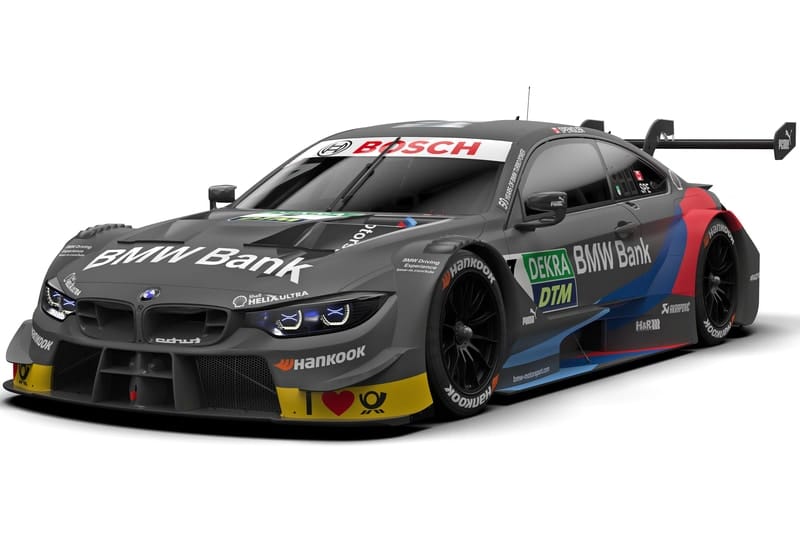 BMW have announced the livery that Bruno Spengler will be sporting in the DTM Series for 2019.

It will be no surprise to see the Canadian’s livery remains unchanged as he will once again compete in the matt black BMW Bank M4 DTM.

Spengler, who will compete for BMW Team RMG this season will battle for points in the car dubbed the ‘Black Beast’ by fans.

“I’m delighted to compete alongside such a fantastic partner as BMW Bank again in the 2019 season,” said Spengler. “We have already celebrated many joint successes in the past. My car, the ‘Black Beast’, has become something of a real institution in the DTM and is loved by the fans.”

This successful collaboration started back in 2012 when BMW rejoined the DTM and Spengler joined the team having been a part of the Mercedes squad since 2005.

Headlining this partnership is Spengler’s championship which he won in his first season with the team in the BMW M3 DTM.

“We use the partnership in all our communications, particularly for customer activation in the BMW Bank Drivers Club. The DTM builds the emotional bridge to our customers,” said Felix Hendrik Laabs, Head of Marketing and Sales Services at BMW Bank. He went on to say: “And as has already been proven in the past, motorsport is very popular with our customers.”

This year will be Spengler’s fifteenth in series, having clocked fifteen wins, eighteen poles and 49 podiums in total.

As in previous years, he will contest the season with the #7.