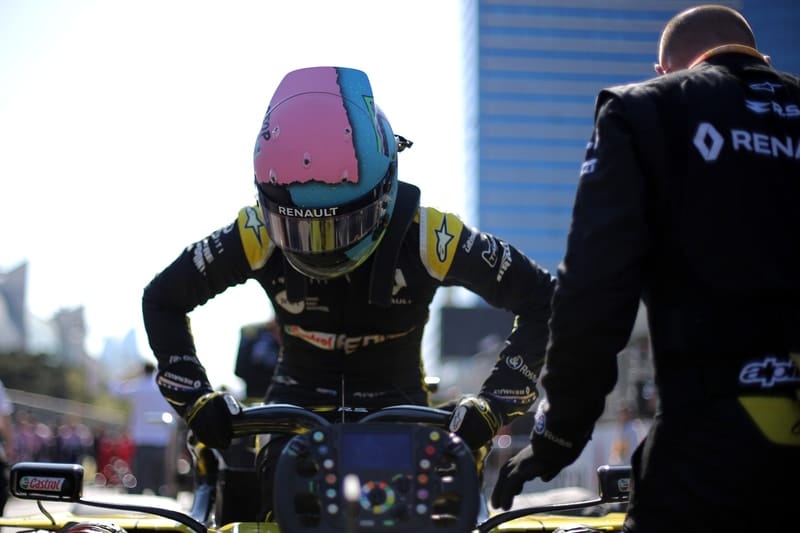 Ricciardo tried to pass the Scuderia Toro Rosso driver down the inside of Turn 3 when fighting for tenth position on lap 31 of the 51-lap race at the Baku City Circuit, but a lock-up of the left front tyre forced him to take evasive action across the face of Kvyat and into the escape road.

While Kvyat tried to select reverse, Ricciardo awkwardly backed into the side of the Russian and caused damage to the underside of both cars that proved to be terminal.

The Australian said that his lapse in judgement was down to “a bit of urgency”.

“It was a strange incident which forced the retirement, but it was my mistake and I’m sorry to the team and to Daniil,” said Ricciardo.

“It was a bit of urgency on my behalf and I didn’t think straight for a few seconds, so I have to take that one on the chin.”

Ricciardo was awarded a three-place grid penalty for the Spanish Grand Prix in two weeks’ time, after both drivers were summoned to the stewards.

He explained that he thought the move was possible, but was helpless to do anything once the brakes started to lock.

Both Ricciardo and team-mate Nico Hülkenberg struggled with brakes throughout the weekend as Renault could not get its car balance correct.

“I saw a gap and thought I would have a go,” Ricciardo told Sky Sports.

“It is always tight into Turn 3, and initially I thought I had the commitment and would pull it off. Then I felt it was starting to lock and I missed the corner.”

The former Red Bull Racing driver did however say that Renault showed better pace on the medium compound tyre and stood a good chance of collecting points.

“We were bringing on a nice rhythm there and had some good pace on the mediums to continue on and we probably could have scored points.”