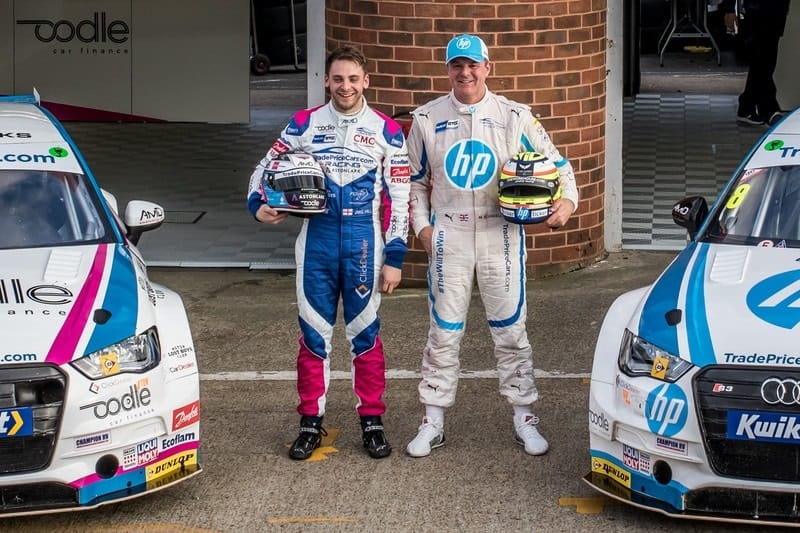 2019 is Trade Price Cars’ first ever full season as an outright team in the championship following many years as a major sponsor for other squads. The partnership with AmD Tuning is hoped to bring some strong points in their maiden campaign.

Former LeMans 24 Hours winner Blundell also makes his début in the championship and after a comprehensive testing programme across many circuits in the United Kingdom. He still believes the chance to learn the championship can occur whilst the first racing laps of the year are taking place.

Mark said, “Being completely honest, I know there is more to come from me but that is down to time in the car.

“Do I expect to go out at Brands Hatch this weekend and fight with the big boys? No, because that isn’t realistic. But I do think we can get involved in the pack, and I just want to get stuck in and enjoy myself.”

Meanwhile, championship returnee Jake Hill has enjoyed the most testing before a BTCC season than he’s ever had before. Returning to the scene of his maiden BTCC podium twelve month previously, Jake is confident of gaining points in all three races this weekend.

“For me, the target this weekend is to bring home three solid points finishes as that is the most important thing to do at this stage to give us a platform to build.” Said Jake,

“I’m looking forward to working with Mark and let’s see what we can do on track.”