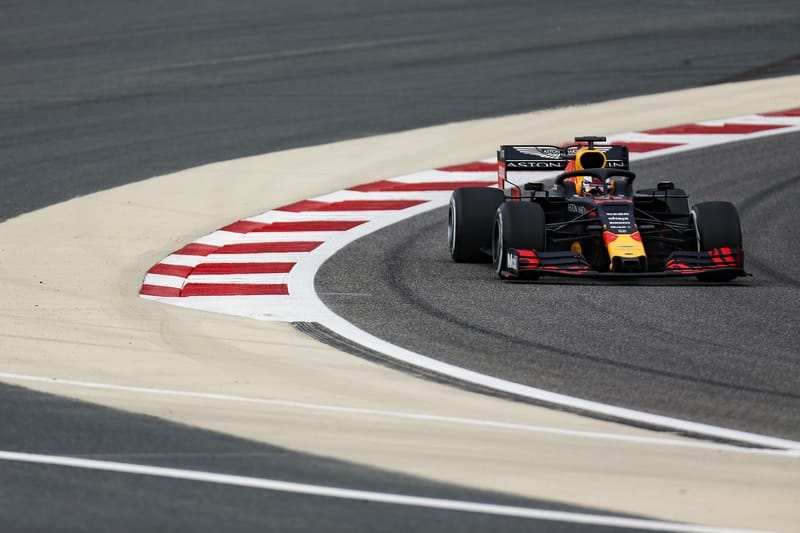 Verstappen’s lap time of a 1:29.379 on C3 Pirelli Motorsport tyres saw the Dutchman clear at the top of the standings by just under six-tenths of a second, with second-placed man Schumacher a further 0.824 seconds ahead of Lando Norris for the McLaren F1 Team.

Running was limited by a wet afternoon, with none of the teams choosing to apply for sets of intermediate or wet tyres at the Bahrain International Circuit.

Romain Grosjean set the early pace for the Haas F1 Team before the first shower towards the end of the afternoon session, but faded away when Verstappen, Schumacher and Norris improved in a frantic dry final hour.

Schumacher, making his first outing in modern F1 machinery fresh from a points-scoring debut weekend in the FIA Formula 2 championship, looked set to top the day’s running on the softest tyres until Verstappen’s late effort removed the German from first place. 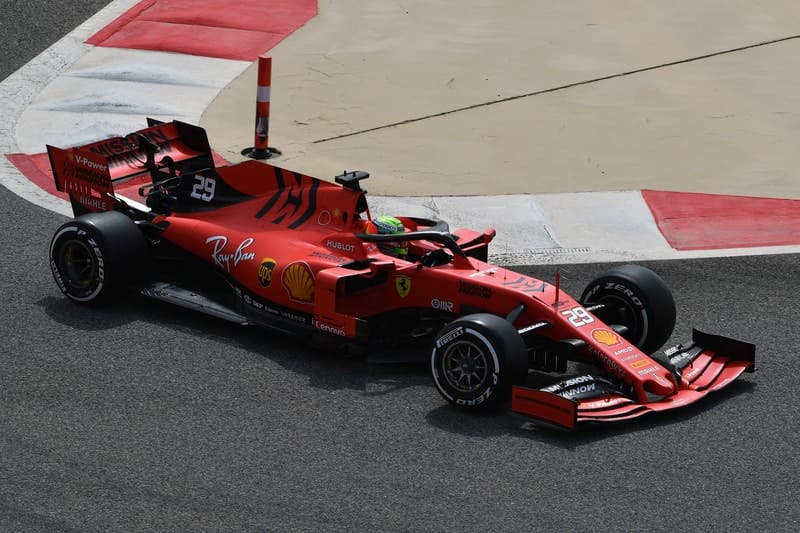 Norris drove in the afternoon for McLaren, taking over from team-mate Carlos Sainz Jr, but could only manage 17 laps thanks to the adverse weather.

The Brit also used C3 tyres to move ahead of Grosjean by under two-tenths of a second.

The Mercedes AMG Motorsport driver completed the most laps of anybody in the field with 77, six clear of nearest distance rival Albon, and recorded his best time on the mid-range C3 tyres.

Hamilton will cede his seat to Mercedes junior George Russell on Wednesday, who was the slowest runner for Williams Racing on Tuesday with a time over four seconds shy of Verstappen.

Daniel Ricciardo stood 2.2 seconds adrift of the pace for the Renault F1 Team after his late retirement in Sunday’s race prevented the Australian from taking his first points of the 2019 season.

The Racing Point F1 Team‘s Lance Stroll, Sainz Jr. and Alfa Romeo’s Antonio Giovinazzi rounded out the top 10, while the returning Fernando Alonso helped Pirelli develop its 2020 tyre at the wheel of the 2019 McLaren – clocking up 50 laps.

The Spaniard will continue his work with Pirelli on Wednesday, as he weighs up a potential comeback to a full-time F1 seat for next season.