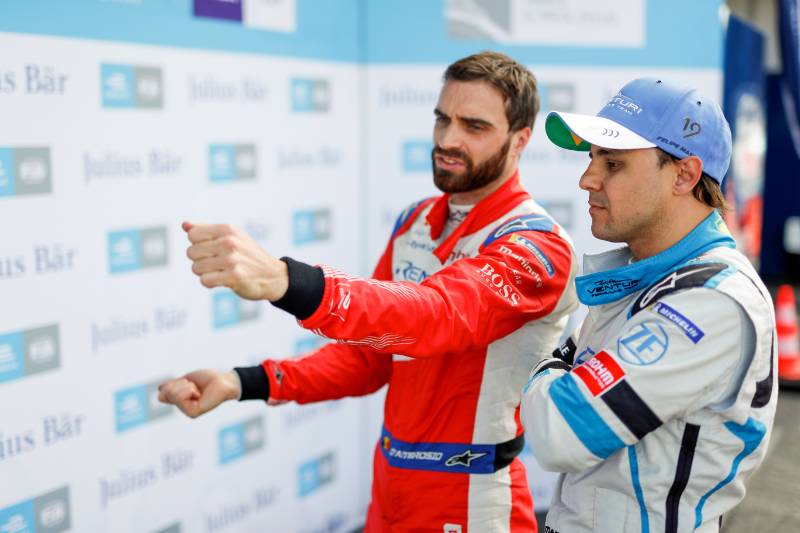 Mahindra Racing driver Jerome D’Ambrosio says he’s relishing the chance to go out in the second qualifying group after he dropped out of the top five in the driver’s standings.

This season qualifying groups are decided by reverse championship order, meaning those at the top of the championship go out first.

It means these drivers often have to qualify when the track is at its worst, causing many of them to complain about the system as they have been left to start way back in the field.

D’Ambrosio has been a victim of this several times, but having failed to score in either of the last two races he now sits in seventh in the championship so will be going out in group two at this weekend’s Berlin ePrix.

Having been one of the biggest critics of the system, he was quick to emphasise how he was looking forward to not being out in the first group.

“I really want to get back in the points and, for the first time in season five, I will be looking to maximise the opportunities that qualifying in Group Two brings,” he said.

“The unpredictability this year in Formula E means anything can happen; our focus will be getting the best performance possible out of the car on race day.”

Qualifying hasn’t been an issue for team-mate Pascal Wehrlein of late, who has benefited from being able to go out later in qualifying and has qualified for the Super Pole shootout in the last two races.

Going into Berlin he said he was keen to keep up this form.

“It feels like everything is going in the right direction for the remaining races,” Wehrlein said.

“We’ve been in Super Pole the last two races and started from the front row in Monaco, so we’ve found the right tools again on the car to be able to fight at the top

By Alice Holloway
3 Mins read
In the final instalment of The Audi Story, TheCheckeredFlag looks over Audi’s recent racing history, its move into electric racing and where the marque will go next.
Formula E