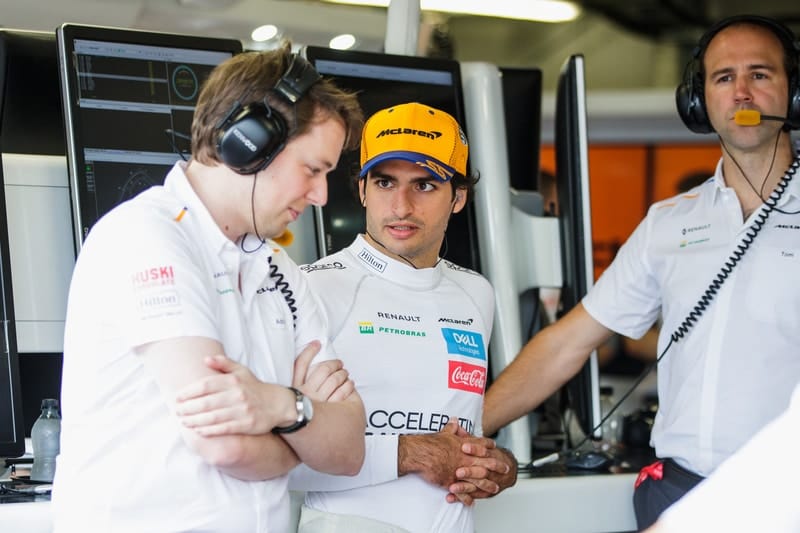 Carlos Sainz Jr. says that the McLaren F1 Team‘s 2019 car can still improve as the team looks to continue its promising run of form.

McLaren has scored points in each of the last three races, Sainz Jr. contributing to all three of those scores, and sits in fourth place in the Constructors’ Championship with 30 points.

The Spaniard wants McLaren to carry its momentum into the Canadian Grand Prix, a weekend that has proved to be difficult for them in recent years – failing to score in each of the last four races in Montréal.

Despite Sainz Jr. believing in McLaren’s ability to improve the MCL34 and affirm its position in the championship, Sainz Jr. warned against overconfidence and complacency going forward.

“After three races in a row scoring points we’ve got some good momentum and we will try to extend that in Canada,” said Sainz Jr.

“Monaco was a strong weekend for me personally, but it is already in the past and we know the car has margin to improve, so now is the time to push even harder if we want to maintain our position in the Championship.

“Getting overconfident would be a huge mistake at this point.”

Sainz Jr. has two points scores to his name at the Circuit de Gilles Villeneuve, registering a best finish of eighth in 2018’s edition for the Renault F1 Team, and enjoys the prospect of attacking the “interesting” 4.361km circuit.

“Canada has offered some great racing in the past and the layout of the track is interesting,” Sainz Jr. added.

“It shares characteristics with the street circuits, but it also has some high-speed sectors which are fun to drive with these cars.

“Montreal is a cool city to visit and the atmosphere is always very welcoming. I look forward to getting the weekend started.”